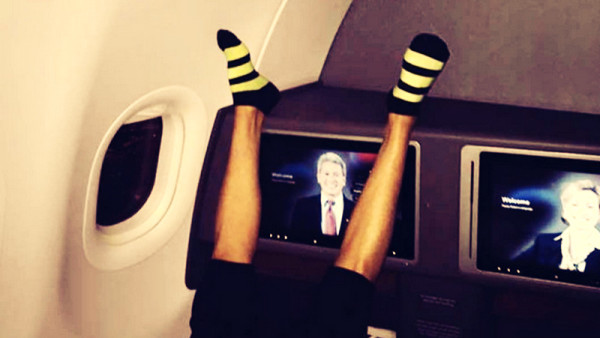 Bad travel habits affect everyone. Because… I’m trapped in the plane with you. And there is nowhere else to go.Even the tiniest bit of decorum and awareness does wonders for everyone’s sanity. The airlines make everything terrible but it doesn't mean people should fight each other for the overhead bin.

Here are some travel habits that need to go asap. Otherwise, it might be time to go back to etiquette school.

That is a really big pillow.

Ever seen a teenager walking around looking like they are going to a sleepover? How about someone with a full-size pillow—not a neck pillow—over one arm with it flopping all over the terminal? Gross.

Sometimes its necessary. For some of the longest flights in the world when you’re trapped in an aluminum tube for 16 hours, it’s probably not a bad idea. But that would require going from Los Angeles to Abu Dhabi or even Dallas to Sydney. Sixteen hours is a long, long time. But a daytime flight from Boston to Pittsburgh? Leave it at home, you can’t be sleeping for more than 20 minutes! 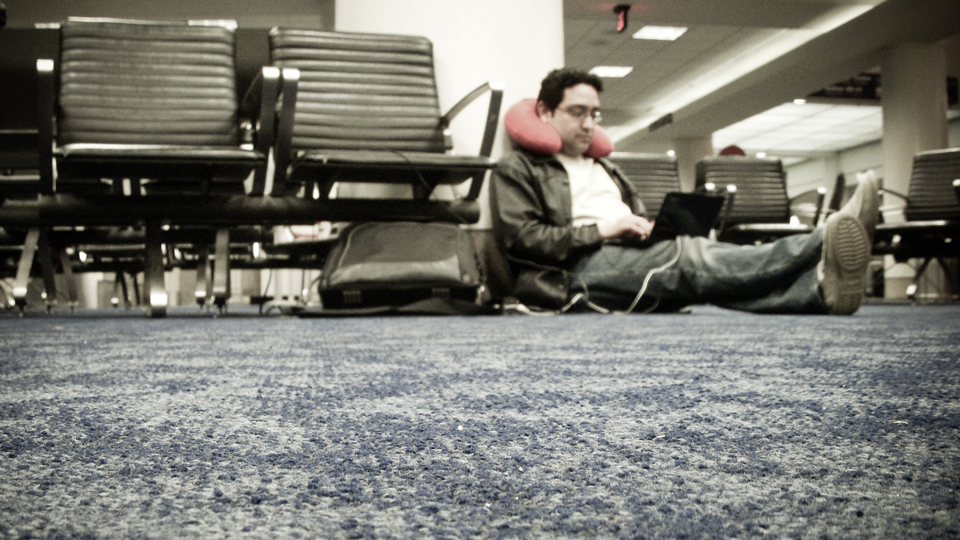 My wife has used a neck pillow, I might have once used a neck pillow and there was probably a time before my upgrades cleared that I wish I had a neck pillow. Good for a little nap on the flight, right? So why do I see people of all backgrounds walking with their neck pillow around as they connect to their next flight? Lines at airport restaurants can be long but there’s no need to take a nap standing up.

Comfortable clothes are important for a long flight; in fact, I won’t get on a long haul flight without something to change into. It might be a T-shirt and gym shorts or pajamas—I mean, they hand them out in international first class! I’ve got nothing but love for relaxing on a long overnight flight. But the key is to change into them and out of them.

There's no need to show up in a suit and tie or evening gown to restore flying to its glory days, though that would be pretty interesting. But there is a big difference between someone sporting their jammies and a three-piece suit. Let’s dress like we would actually dress like in public.

It’s an ugly term used by frequent fliers but please, take a look at the boarding pass. See the boarding group number? There’s no need to group around the jetway door like there is a fight taking place in a high school cafeteria in a John Hughes movie.

If they are calling Group One and you are Group Five, relax. It’ll be a minute. Stop freaking out about overhead space. There are ways to deal with it.

Several years ago, most decent luggage companies stopped producing two-wheeled bags. Then they did something revolutionary: They made omni-directional, four-wheeled suitcases.

In two-wheeled units, travelers tilt their bag and drag it on wheels because it is far easier than carrying it at the handle. Then omni-directional bags came around and one could glide through the airport with even less weight, effort and resistance. Despite this nearly magical modern marvel, most people prefer still to tilt their bag and drag it on two wheels (old habits die hard).

Basically this: If your bag has two wheels, tilt it. If it has four, they stay on the floor.

Feet are gross. No matter where you are. 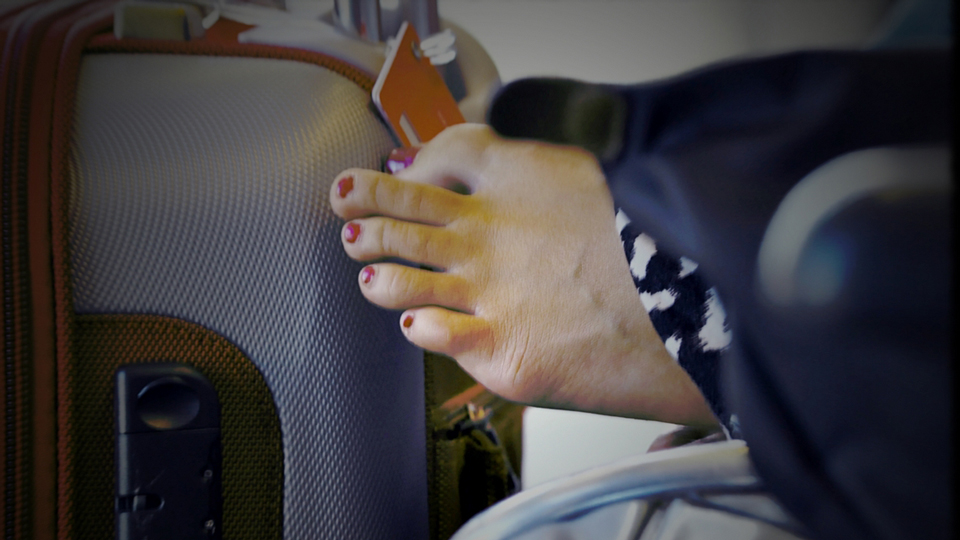 Ever walk into a public place like a library, immediately take off your shoes and put them up against the wall? Neither do I. So let’s not do it on the plane.

It doesn’t stop there. I have seen people clip their toenails on the tray table (people eat there, you know), put their feet on the seat and even walk into the bathroom barefoot. (News flash! That’s not water on the floor.) It doesn’t matter if you showered right before you came to the airport and your feet are clean.

Can you name some other public place where people immediately go barefoot or put their feet anywhere other than inside their shoes? I didn’t think so.

It’s not like the liquids rule has changed in 15 years.

Kyle Stewart is a travel editor for UPGRD, The Trip Sherpa and Map Happy. He has been featured in USA Today, Reuters, CNBC and other outlets for traveling and points and miles. He flies hundreds of thousands of miles every year with his wife and infant daughter, totaling over 47 countries in the last ten years.