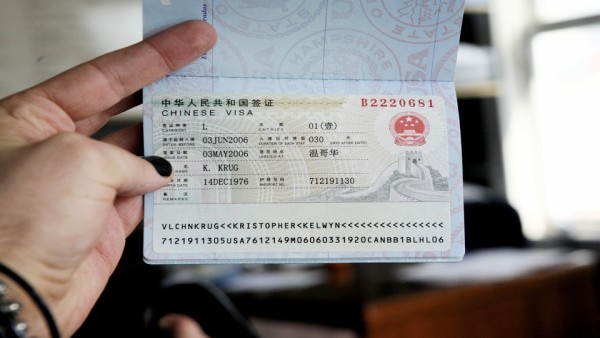 I stopped visiting China sometime when I realized I had handed the government over $560+ in tourist visa fees. I mean, when you live on the edge of the country's borders, it's kinda hard not to make a pit stop every now and then.

In the biggest travel news out of APEC, the U.S. and China now has extended the term of most short-term and business visas for each other's citizens for ten years. That means your Chinese tourist visa, which previously cost $140 for six months or a year, is now valid for ten years. Of course, this is only valid to new visa applications so it doesn’t count if you applied last week. Tough luck.

This doesn't mean that, however, you can now live in China for 10 years uninterrupted. You still need to check the maximum number of days you're allowed for each visit. All it simply means is that you can make multiple visits over the course of that 10 years.

There’s some speculation on the interwebs what to do if your passport expires before the visa—which is inevitable unless you happened to apply on the same year you received your brand new passport—but most people think you won’t have to apply for a new one as long as it is still valid. Or so people assume. In any case, I’d keep documentation on hand if you plan on going if you plan on going after your passport expires.

It was certainly frustrating when I lived in Hong Kong. Americans either get a lot of hate or a lot of love, depending how tough we make it for a country's citizens to get into our borders. (Read: we're not always awesome.) Americans were definitely singled out: I watched a lot of my European friends breeze across the border for a massage as long as they paid the temporary visa. I had to pay full the $140 whether it was for the day or for the year. Let's just say there were no massages for me.

Regardless, it is great news considering China is singlehandedly one of the biggest countries I have ever been to. For four years, I lived in Beijing and Hong Kong and I still feel like I saw under two percent of everything the country had to offer.

According to the Shanghaiist, the Chinese government has already issued the first batch, with the first ten-year visa to twenty-three-year-old Edmund Downie. Despite the fact I’m questioning his nationality (tweed, glasses, Edmund? Maybe's a British spy), this seems to be a thing now. Congratulations Edmund, you now have unlimited access to 麻辣香锅.