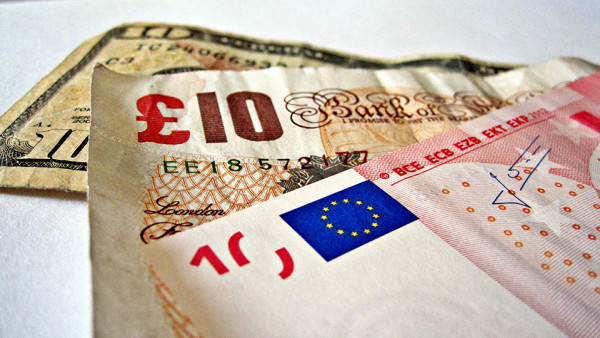 And the answer to this one isn't just so you don't look like a tourist. Let's assume you haven't gotten ripped off by ATM or exchange commission fees, first. That said, it is almost always better to pay in the local currency. Often merchants will user a preferential (read: higher, and thus more expensive) rate if you choose to use non-local bills.

But it's just a couple of cents, you say. For a weekend trip, it may not make too much sense if you don't plan on spending a lot of money. I mean, who wants to exchange quetzales back in America? (And good luck, cause they're tough to exchange out of the country!) But the truth is that those cents slowly add up... just like random charges your banks like to add on.

The same logic goes with paying with your credit card. Merchants will often set the rate for you in your own currency, and will often warn that your bank will use their own rate. However, bank rates are often the most favorable and will cost you less than what the merchant suggests. This depends, of course, on who you bank with and what their policy is for using the card abroad.

It's important to look carefully on your bill to see what currency you are being charged in, as vendors in touristy areas may often change it to your home currency without asking. Most often, hotels and airlines can be some of the biggest culprits when it comes to this. Otherwise, well, you'll end up paying for not paying attention.

There's a bonus side effect, as well: Not only might you get a better rate, but for instance, the price may be completely different in pesos. At times, I've shaved off a mere couple of cents to nearly 25 percent of the total (tourist) cost by paying in the local currency. At the end of the day, it's well worth the effort to exchange your money.