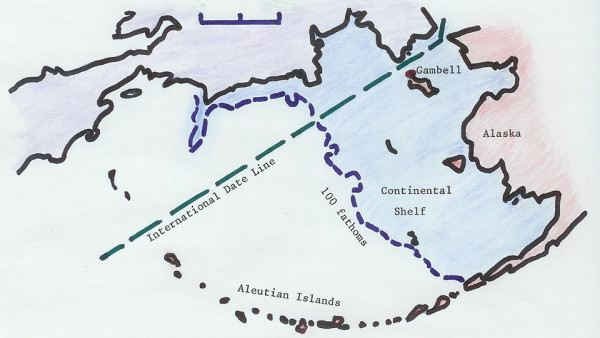 The International Date Line isn’t a fixed line at all, but actually sort of follows the 180° longitude line, zigzagging its way through a bunch of small islands, territories and nations. More interestingly, it also allows you to semi-time travel.

Put pretty simply, anyone traveling west of this line jumps ahead a day. Anyone traveling east goes back a day. This explains why I once arrived in Los Angeles before I technically even for departed Beijing. Marty McFly, beat my 15 minutes! In fact, the time loss and the time gain is the sole reason why that 24 hour adjustment is needed, just so people on opposite sides of the globe can function together.

Now, here is where it gets a little bit confusing. Though it was initially set up in 1884, and is theoretically opposite from the Prime Meridian, there’s really no one who regulates who falls behind and ahead of the International Date Line. That's right, not even the Greenwich Royal Observatory. However, more often than not, the decision seems to be pretty much economic-based, more than anything else.

For the remote islands in the middle of the Pacific, they pretty much get to decide on their own which side of the line they want to be on. In fact, here's a current map. Back in 2011, Samoa decided that it was going to skip December 30 entirely by jumping over the International Date Line, for money-related funsies. The logistics, according to The New York Times, is enough to make your head spin:

'In doing business with New Zealand and Australia, we’re losing out on two working days a week,' [the prime minister of Samoa] said. 'While it’s Friday here, it’s Saturday in New Zealand, and when we’re at church on Sunday, they’re already conducting business in Sydney and Brisbane.'

So why was Samoa ever on the other side to begin with? Maybe because back in 1892, some American dude was like heeey, you should be on our side, come join us, we’ve got gold! or something equally silly. Except now the gold rush is over, and the Asians on the other side are potentially taking Australia along with the rest of the world. That’s fine.

But enough with Samoa, and let’s go back on the eastern side of the line. After that defection, American Samoa, the Midway Islands (U.S.), and Niue (who could be more or less New Zealanders) are the closest states and territories east of the International Date Line. They are also the last people on Earth to celebrate New Year’s, every year, until one day they choose to join the bandwagon too. (Technically, Baker and Howard Island1 – both U.S. territories – should be included but no one lives on them. What’s a party without people?) And then comes the Aleutian Islands, which though technically more west than Baker or Howard Island, celebrates its time zone with Hawaii.

On the other side, Samoa, Kiribati2, Tonga and Tokelau are the first to celebrate the New Year. Then there’s also McMurdo Station, Antarctica’s largest scientific igloo, which participates in the annual event, though this isn't really acknowledged by the CIA. Maybe it’s just easier that way, considering Antarctica doesn’t really have its own sovereignty.

So if you've been paying attention, you'll notice that Samoa and American Samoa are on opposite sides, despite being neighbors. They're only 120 miles away from each other if you measure it out from the center of each country; so, that would take you about 15 minutes by air to go back in time or jump to the future. While that sounds kooky, when it's morning in Samoa, it's also morning in American Samoa, so it's not really as wild as that sounds.

That doesn’t really mean that the U.S. can choose where in the world it can place its time zones, though. There is, after all, a geographical limitation, but it does explain why some countries choose to follow daylight savings time and why some don’t. China, which is just as ginormouos as the U.S., also doesn’t follow standard convention – in fact, whether you’re in Tianjin or Hong Kong, the country only has one unified time zone. Which means, in some places, the sun’s real noon doesn’t even occur until 3 PM on some days.

How you use this information to ninja 6-hour jet lag in the bud completely is another thing. 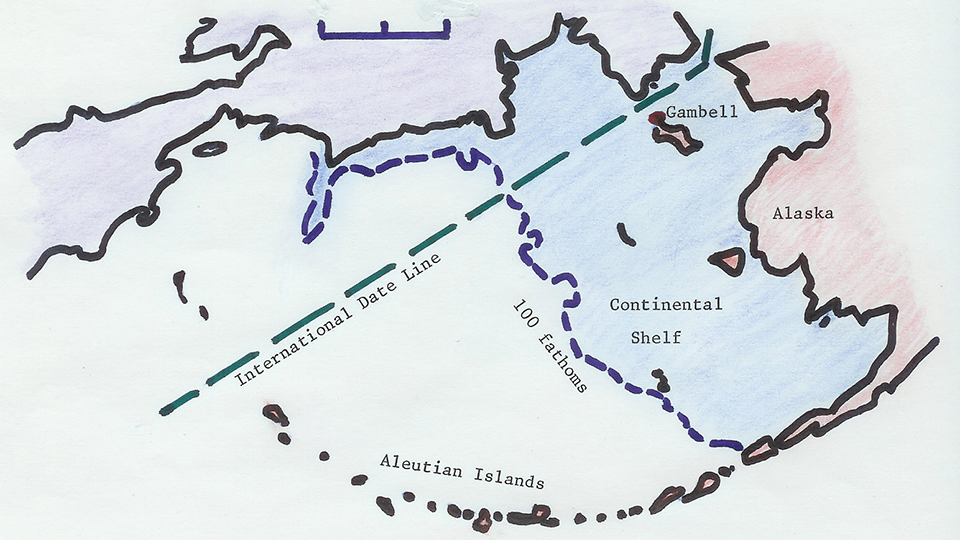