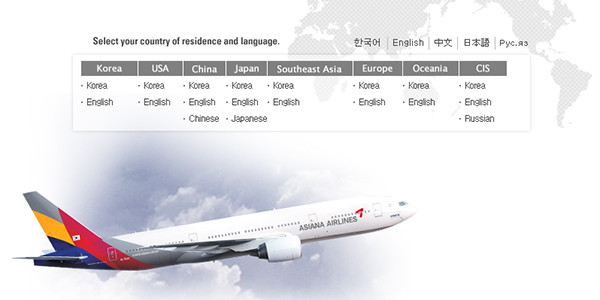 Now why would you want to book on Air France’s French website instead of their American one? Sometimes, the easiest way to save a few bucks is to book an airline ticket on their home website.

What’s interesting is that, quite often, pricing for the same routes can vary between the U.S. version and foreign versions of an airline’s website. You may get a completely different price depending on which version you use to book, because sometimes there’s a specific sale underway that only applies to one market (locale) or, even better, the exchange rate may be in your favor. Who’s up for saving a few dollars?

Usually, the cheapest price is on the airline’s home-country website or the website that you’re starting your flight from. That means if you’re flying with KLM, take a look at KLM’s Netherlands website first. If you’re starting a flight from India, try the Indian website as well. By all means, double check the prices using an exchange calculator against the U.S. website to make sure you are getting the best deal.

It may seem silly as to why these prices differ, frankly, but there’s an element of marketing and economics coming into play here. Most airlines have several different regional versions of their website, mostly to serve a particular demographic in a specific area. This ensures that a person that’s, say, living in Kuala Lumpur is not receiving deals from and to England to other places in Europe. It’s not even relevant to them!

To switch between sites is pretty easy. When you go to an airline’s website, you might see a landing page that asks you to select your location. You pick the website that you want, and that’s all there is to it. If you’re automatically redirected to the default site, there should be an option to change your country or language in the upper-right hand corner or in the footer below. It’s usually in small text in an inconspicuous spot along the top or bottom. That’s how you set your location. 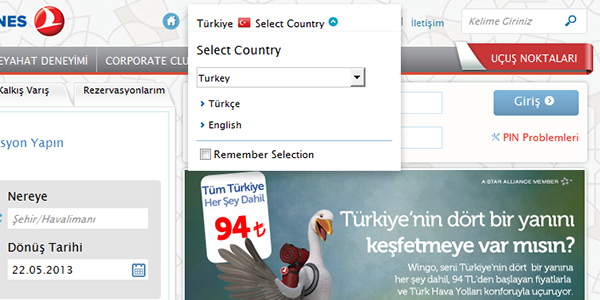 Though this pricing differentiation doesn’t necessarily happen all the time, it’s still a fairly consistently phenomenon I’ve seen over the years: I’ve experienced different pricings for the same exact routes, with the same effect on different airlines. Big and small alike, I’ve seen it happen with United, AirAsia, Turkish and countless others.

The last time I remember it happening was last year when I was in search of a flight to Ho Chi Minh City from Hong Kong. The normal pricing for this route is around $300, give or take. Frustratingly, I kept landing on the Hong Kong version of the United website, with price estimations at over $700 after figuring in the exchange rate. This was definitely more than what I wanted to pay, so I jumped on to the U.S. version of the site. Things got a little more affordable: the price dropped down to below $300. Sometimes the price difference isn’t this dramatic; sometimes you just end up saving a few dollars here or there.

To test how prices differ, I ran a search for the exact route just now testing the French, British and American versions of the website, using the same dates. The small differences are palpable:

Left to right: Prices on the U.S., British and French website of United Airlines.

For instance, in this case, you’d actually want to pay in British pounds, which is the cheapest of the conversions. After converting, £327 equates to $498.87, about $7 cheaper than $506. (Okay, so this didn’t prove the home-country theory, but you get my drift. Even former New York Times Frugal Traveler columnist Matt Gross uses this method though! He said so in his book.)

Likewise, I remember gawking at a friend’s Easter Island pictures on Facebook once. I ended up sending her a few messages (mostly expressing how jealous I was), exclaiming how I’ve always wanted to go, and also over how it was incredibly out of my budget. Santiago to Easter Island has no competing flights, so prices can often range anywhere from $300-1200 for a round-trip flight. Yep, for the back of the bus.

Since she had been living in Chile for a while, she told me an insider tip: Chileans get the local price, which could be as cheap as ⅓ of the foreign quote. The trick was that you had to book the ticket while you were inside the country or tunneling through a VPN to spoof your location. She also mentioned that her mother, who was still in the U.S., had consistently gotten flights four times the prices she found.

Be aware that booking in a different regional site mean you may have to book in another language. Some airlines let you switch to English while looking through the same regional site; if not, you’ll have to be comfortable booking in a foreign language or through a translator. Prices will also be reflected in the local currency, so be prepared to do some conversions on your end.

You’ll definitely need a debit or credit card without foreign transaction fees to optimize your savings if you feel like trying your hand. If not, you’ll have to calculate in a 3% surcharge to determine whether you’re still saving enough to make it worth your while.

(I suggest you end up booking foreign carriers with a card that doesn’t have foreign transaction fees anyway. Though prices may be reflected in U.S. dollars, the processing merchant may be based offshore which will result it being categorized as a foreign transaction. This doesn’t matter on which version of the site you are on at all.)

I realize this totally seems like it could be a lot of work for a few dollars and is probably not worth hassling over. But sometimes being persistent in order to get a good deal pays off, literally. 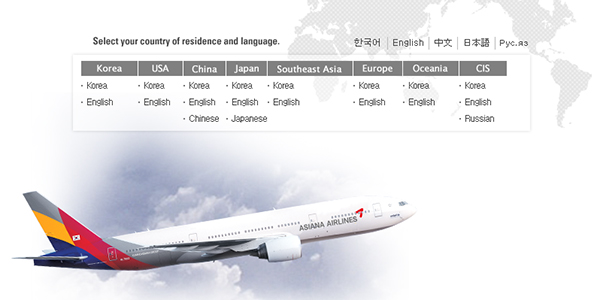