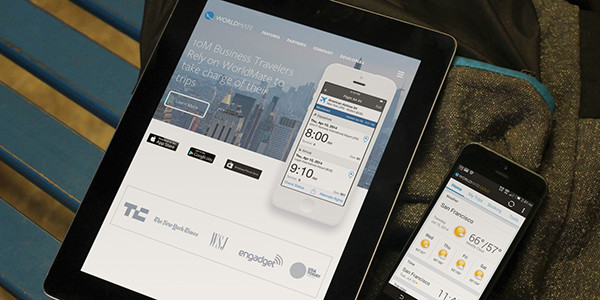 There’s no more telling sign that you travel too much when you show up at the airport on the wrong day. Scratch that. How about when you book the same flight twice without realizing it?

Everyone has their own system for remembering their trips and random confirmations, but sometimes its good letting technology do the work for you too. I still mostly default to Google Calendar for its customization, phone integration and offline support but it’s usually only after I let WorldMate create the backbone for me. Out of all the trip organizers available out there, WorldMate is by far my favorite for its great mobile app and price.

Before there was TripIt, there was WorldMate. These freemium services offer very similar premises. I’m not going to go into every single detail of every single feature, but they’re all online trip organizers that boast trip importing, management, real-time flight alerts, Google Calendar integration and lots of little add-ons. The main key differences are how each service executes the details and how much they charge travelers.

For instance, one of the little things I like about WorldMate are the emailed trip briefs sent out before the start of a trip. While its competitor TripIt also does this, the differentiating factor is that WorldMate often adds a brief snapshot of the weather at my destination. I really enjoy this feature, because it’s one less thing I have to think about looking up in my rather busy schedule.

On online user interface, though, nothing beats Kayak Trips’ clean organization. WorldMate comes in second place, followed by TripIt. In this regard, it is, however, the lesser out of two evils. Things are pretty straightforward here; anything that you edit or add online syncs with the mobile app. I like that each type of event (ex. airline, ground or accommodation) is represented by a visual icon, making it quicker to add extraneous plans. Maybe it’s just the ads, but the WorldMate online interface seems a lot less cluttered than TripIt’s software overall.

(I’ll get into Kayak Trips at another point in time, but if you’re looking for a completely free option, it’s a solid choice. However, I prefer WorldMate’s stronger mobile app support and when you’re on the run and I think it’s more crucial to get that aspect right.)

It also does a decent job of importing flight itineraries, hotel confirmations and other thingies. It’s been able to handle pretty much anything I throw at it over the years, including confirmations from major Chinese travel agencies like Ctrip. It also played pretty well with a few international airline reservations and boarding passes in other languages. In contrast, TripIt seems to have significantly more problems importing some of these less standard confirmations.

That’s not to say there aren’t a few minor annoyances here and there but it’s pretty few and far in between. In my experience, WorldMate has rarely gotten the date and time wrong in the local time zone, no matter how it's written. (On international reservations, the date is often written with the day preceding the month). Perhaps the only thing I’ve noticed is that the software sometimes has trouble when someone is flying east to west and crosses the International Date Line. Though it rarely happens, it will sometimes register the second connecting flight as the first flight in a trip.

I’m also not a big fan of WorldMate's personalized Google Calendar. It is just a very basic—albeit accurate—calendar that just back to the site. This comes down to personal preference, but I like having all the major flight and hotel details within the event itself so I can access it offline and see a current flight's progress within my phone’s Calendar app. As a compromise, I often just copy the events over to my main calendar while making some adjustments. But in that regard, it’s a great bulk event creator.

The thing about WorldMate that really seals the deal for me, though, above the competition, is that its fully-featured paid mobile app has all the stuff that will really save your ass in a heartbeat. The paid version, WorldMate Gold, is pretty cheap at $9.99 on both the iTunes and Google Play store. Basically, it includes real-time flight status, pushed alerts for flight changes and the ability to sync between your desktop or mobile calendar. I generally prefer in-app alerts over emails and text messages mostly because they’re differentiated and, as a result, I pay attention to them a bit more.

There’s also a free mobile feature that’s missing on both the free version of TripIt1 and Kayak Trips that I love on WorldMate and it’s the ability to look up complete flight schedules between two destinations on a particular day. Sounds kinda boring, right? Yeah, until your flight gets delayed or cancel and then it becomes, like, seriously the best feature ever. There’s absolutely nothing better than going up to a gate agent with a plan in hand about how you want to get your destination.

The only thing I severely dislike about WorldMate is its inability to auto-import confirmation emails from your email inbox. However, the more time I spend with TripIt, the more I’m actually glad the feature isn’t on WorldMate. It can be rather buggy on TripIt at times, importing itineraries I’ve only put on hold. It also adds events I often don’t want to import, like OpenTable reservations and concert tickets. Sorry TripIt, but I am not all of a sudden vacationing in New York. I live here. So I guess it's not that big of a deal.

One of the unique things about WorldMate is that it also allows users to book reservations through the app. In fact, some of the searches aren’t terrible and I’ve actually found decent deals on car rentals through it. The upside of booking through the app is that any reservation will extend your Gold membership for free by three months. But even if you don’t go that route, WorldMate Gold basically does 95% of what TripIt Pro does for a fraction of the price. Comparatively, TripIt Pro costs $49 per year, five times the cost of WorldMate for the same functionality. 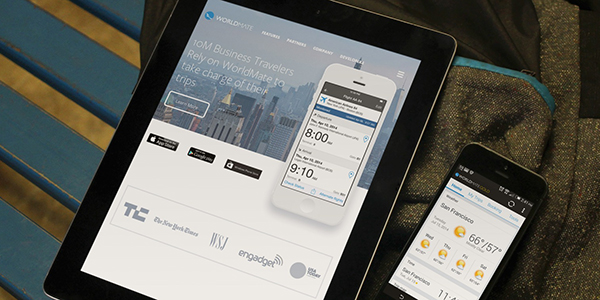