Lyft launched this past weekend in NYC but it’s impossible to get a ride. That’s because there are probably ten drivers on the road max, said one driver.

To much fanfare, the San-Francisco ridesharing service finally launched in New York City this past weekend. As a special promo, Lyft has also begun giving away 50 rides up to $25 for free over the next two weeks. I’m not going to lie, it was particularly refreshing to see Uber finally get some competition in the Big Apple. Until I found out there were only ten cars on the road serving all of New York City, according to one source.

But what’s the point if you can’t get a ride — ever? Since I’ve used it in other markets, I powered up Lyft on my phone. No drivers available. I kept waiting, checking it several times throughout the day. Nothing. Even if I confirmed a Primetime surcharge of 75%, I was getting nada. I managed to request a car briefly, but then the driver quickly canceled on me. I figured I’d wait. Sunday was the same.

It wasn’t until Monday that I finally lucked out and snagged a lift. Even then, it took several tries over the course of 20 minutes. This wasn’t particularly great timing—one user reported to wait up to an hour to get a car—but since I needed to move some of my belongings into storage, I didn’t really care too much. I eventually grabbed four rides throughout the course of the day, all mainly during work hours. The first time, a completely brand new driver picked me up. A small sign things were heading in the right direction.

It wasn’t until the second ride that I had an interesting conversation with my new driver Kevin,* who claimed that he gave the very first Lyft ride in New York City. “You managed to get a car! There are only ten drivers on the road, did you know that?” he said, shellshocking me into existence. 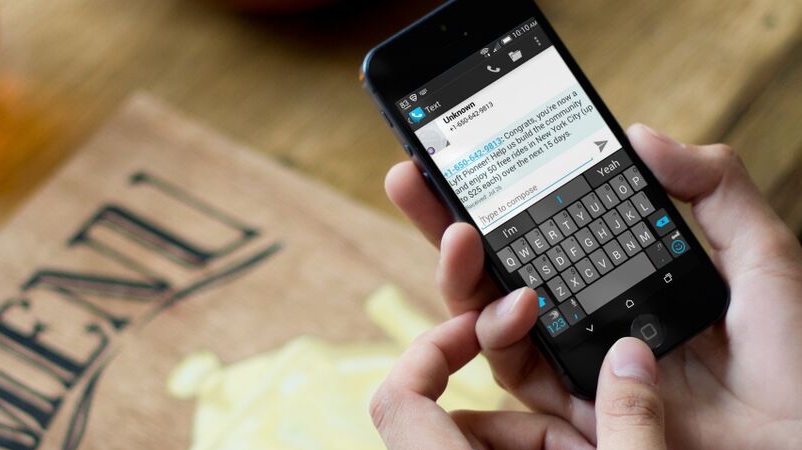 Useless if I can’t get a ride.

That’s right, folks. He let me in on a little secret: only Lyft drivers can see other Lyft cars on the road through their version of the mobile app [see update below]. I actually didn’t believe Kevin at all, so when we got to my destination he pulled over and showed me all the cars that were on the road through the Lyft’s driver app. We zoomed out onto Brooklyn, Manhattan and Queens—that’s not including the other two boroughs in NYC— and we saw three cars pop up on his phone screen. Then two more popped up after a couple of seconds, making it a grand total of five cars. Five cars.

He wasn’t making this shit up.

Because each Lyft driver in New York actually has to have a proper commercial license and needs to be vetted properly, it has been taking the company about a week on average to approve each driver. Kevin noted  when he swung by the Brooklyn office earlier that morning, there had been over 50 people waiting to be approved as drivers waiting in line. Another driver named Michael* said that he estimated that there were a total of 100 drivers on the road as of Monday and expected that it would double or even triple by each passing day.

Michael, who was a former Uber driver, estimated there were at least 3,000 UberX drivers in comparison — a reason why he decided to switch over. But Lyft is definitely going to need those drivers on the road fast. This does not spell goodness for Lyft’s existence if things in New York continue like this.

Is it fair to judge Lyft for such a terrible launch? For such a huge market, the ridesharing service should have waited until it was ready to handle the demand in NYC. Though I’m still rooting for the underdog, Lyft may just end up losing to Uber in yet another market if they can’t keep up.

UPDATE: Since this article has been published, Lyft PR has reached out saying:

On the Lyft app, both passengers and drivers are only able see available drivers who are nearby and are not already giving a ride, not total drivers on the road…

Lyft’s first few days of beta launch in New York City have received overwhelming support, with hundreds of TLC-licensed drivers completing thousands of rides. This is a clear demonstration that New Yorkers want more transportation options and we are working hard to balance high demand with more and more drivers. In the weeks following any city launch, we work around the clock to grow the community and ensure that all passengers have access to Lyft’s safe and reliable rides. For any passengers who are not able to get a ride during the initial two-week window, we will reissue two weeks of free rides in coming weeks.

While the news of the free rides being reissued is good news, it’s silly the company is still calling it a beta launch. A beta launch wouldn’t have involved texting all Lyft users in the New York City area saying that the service was now available.

*Lyft driver names have been changed for the obvious reasons.