For decades it’s been Americans’ forbidden fruit, a place where only devil-may-care travelers would slip past international borders, taking care not to have their passport stamped. But times are changing, as I’m sure everyone has heard by now.

The US has loosened its relations with Cuba, opening up the country to a boom of tourists from the North. As more airlines and flights make the trip between the US and the Communist Caribbean island nation, more Americans are taking the opportunity to visit and take in the country for themselves. And, well, there’s definitely a lot to process.

Cuba is one of those places that gets in deep. It is full of juxtapositions and surprises and was a place I was not prepared to experience, even after a semester of studying it. It’s a country crippled in an anti-Communism clamp, frozen in time and poor, but also so hauntingly beautiful with its grand, decrepit mansions and picture-perfect beaches. Obviously, nothing substitutes for actually being there, seeing it and interacting with the people, who in spite of it all are some of the most welcoming, friendly and vivacious individuals I’ve ever encountered. 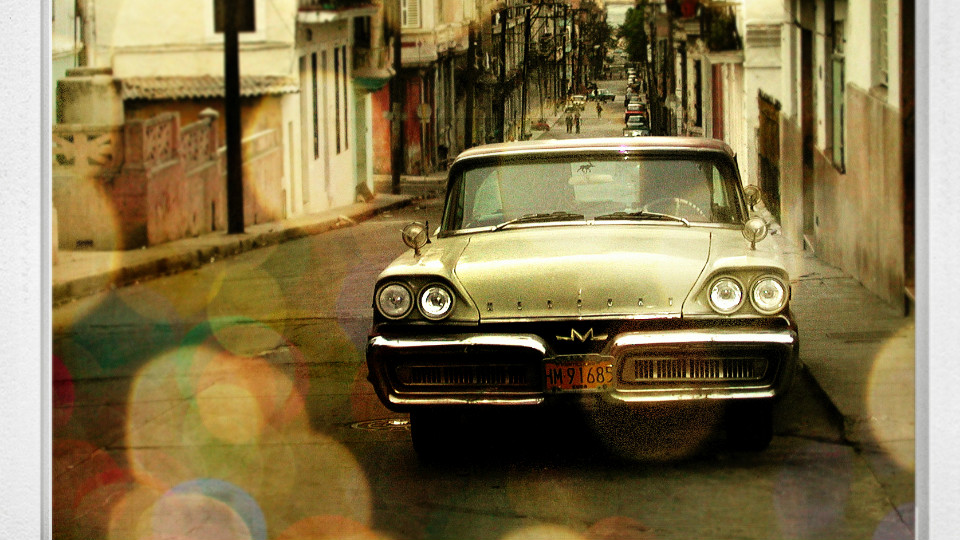 Spanish is the official language. In touristy places like hotels and restaurants that attract many foreigners some people will likely also speak English but other than that most people won’t, so don’t expect it.

The major airport is José Martí International Airport (HAV), formerly known as Rancho-Boyeros Airport. Expect to see all sorts of electronics and appliances coming off the luggage belts and for hordes of people to be waiting outside, even for necessary foodstuffs in what is otherwise a strapped society. It was a scene unlike anything else I’ve ever seen.

Havana is the city’s capital and nucleus, with the second-largest city being Santiago de Cuba. Nothing is too far in Cuba, though, including its beach resort destinations (Varadero is the most famous).

This used to be the trickiest part but as of January 15, 2014, it’s as simple as Americans glancing over 12 government-deemed “legitimate reasons” for travel and picking which one their trip falls under (Scout’s Honor!). Regular old tourism to Cuba technically is still forbidden and punishable for Americans but getting prior permission and/or approval is a thing of the past.

Most of the acceptable reasons include family visits, journalism, humanitarian projects, educational activities and “support for the Cuban people.” So really, it’s all about how you spin your trip, though be sure to back that up. This article nicely sums up the Treasury Department’s full document on the most frequently asked questions for Cuba.

There is one form that most all international tourists need to fill out and that’s the “tourist card,” which in effect is a visa valid for 30 days (Canadian citizens get 90 days). It costs $20 and can be obtained right at the international departure airport. More than anything else, it’s a far, far cry from illegally hopping a flight from Cancun to Cuba in days past.

All those gorgeous vintage cars in Cuba! I wouldn’t expect a ride in one though unless you make friends or flag down the right privately licensed taxi. (Renting a car can be an option but the fleets are new.) That said, Cubans are super friendly and are wont to bend over backwards. They might not have a lot but they will share it all.

For proof of how friendly Cubans are—and a testament to the country’s safety—there’s a whole system for helping out hitchhiking comrades. Because there’s a shortage of private cars, it’s actually mandatory for any government vehicle to pick up a hitchhiker if there is space in the car by low. Police officials called Amarillos oversees the punto amarillo (“yellow point”), which are designated hitchhiking pick-up spots throughout the country. 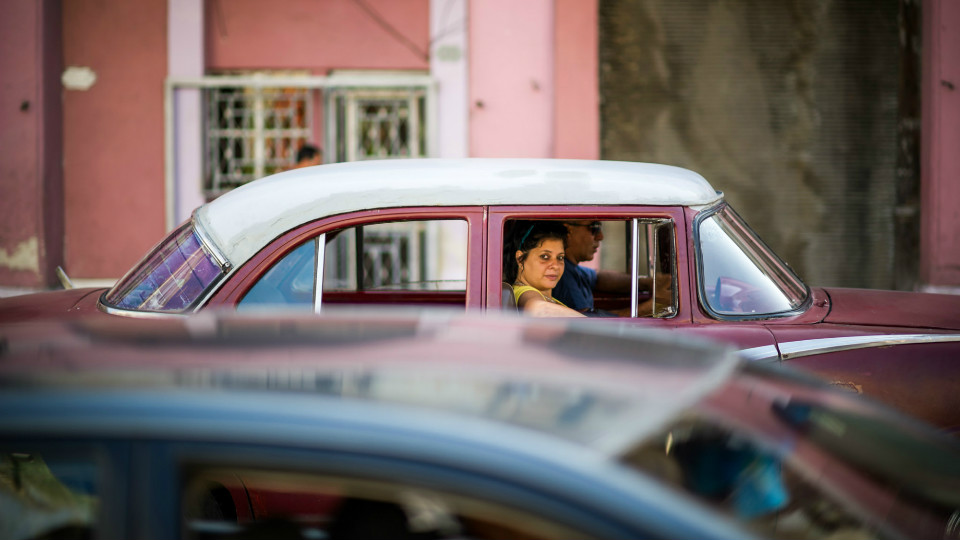 Many Cubans choose to thumb to get around because seeing as it’s free, it’s the most economic way to get from point A to B. Tourists are integrated in it too. So, that’s one way to get around. Cuba Wanderer has more details here.

Taxis pretty much operate just for tourists and as a result, prices are at a premium. Privately-licensed taxis are a separate operation from the government taxis, the most expensive out of the two options, though all hold licenses. (There are a number of taxi drivers cruising the streets without licenses and looking to make quick money off/scam tourists.) The other official option are coco-taxis, which essentially are covered, motorized pedi-cabs shaped like coconuts (hence the name) and painted yellow. I grinned the whole ride like a giant doofus.

The most popular transport method for long distances is by coach bus because it’s dependable and affordable. And bus travel in Cuba and the Víazul line essentially are one and the same. Word on the street is that there’s only one reliable train that runs on time in Cuba and that’s the Tren Francés. That train only makes the 12-hour trip between Havana and Santiago de Cuba with stops along the way.

The Cuban airlines are Aero-Caribbean Airline, Cubana de Aviación and Aerogaviota, the youngest of the bunch.

Cuba operates a double currency system where two monies are circulating simultaneously. The Cuban convertible peso (CUC), pronounced “kook,” is the currency for tourists and is pegged to the U.S. dollar. It’s what required to pay for things like hotel stays and restaurant meals.

On the flipside, there is the local currency or moneda nacional which is the Cuban peso (CUP), which is 25:1 with the CUC. This is the currency Cuban nationals use. It is only accepted at specific dining establishments, stores and by vendors. Places that accept both currencies will often have both prices listed out, with a line for each currency. The CUP price is always cheaper, the line always longer. (SO long.)

This dual system threw me off the most about being in Cuba because I felt like I was in a place where the government treated its own people like second-class citizens. (In fact, there’s a term called “tourism apartheid” to describe it.) See, the best places in Cuba, like supermarkets with quality products, only take the CUC. It’s not that Cuban citizens aren’t allowed but they are priced out and their libretas, or ration books, definitely aren’t honored there. Those lucky enough to have friends or family members outside the country who send them money sometimes can access this other financial echelon where there is far more diversity of goods and products.

Under regulation changes earlier this year, many tourist establishments like hotels should start accepting American credit and debit cards. Many, though, aren’t and won’t be equipped to do so. ATMs are also rare in Cuba, too, with the best bet for most travelers to bring cash. Exchanging it will incur a hefty fee but many places will just accept the foreign currency (like USD or CAD).

Working in the tourism industry is the most sought-after job because of the potential to make tips in CUCs. Tipping 10% in restaurants is customary. If there is a service given, a tip should be given, though discreetly. (Here’s a handy guide.)

The reality is that Cuba is a very poor country economically,, which can lead to some uncomfortable exchanges. Some people will ask tourists outright for money like in many other poverty-stricken destinations. When I visited Cuba, we took bags of medical and hygiene products that we delivered and passed out. With so many basic products lacking and rationed, people seemed just as thrilled and grateful to be handed a toothbrush as a coin. (Bringing donations sure sounds like it could qualify a trip under “helping the Cuban people.”)

People say the best Cuban food is found in Miami. Between embargoes and government-controlled everything, not many good products or any spices at all make it into the hands of Cubans. The basics are that the national dish is rice and beans. Pork and chicken are common proteins and plantains often appear in dishes.

Restaurants that cater to tourists are going to have better offerings but are also overpriced because that’s just how it is. For those on serious budgets some CUP-operating street vendors and restaurants will sell to tourists but the food usually is poorer quality than what CUCs will buy you.

There also is a whole subsection of restaurants in Cuba called paladares, which are private restaurants the government allows Cubans to operate out of their homes under certain conditions. The experience doesn’t come cheap but I had one of my most delicious and, for obvious reasons, memorable meals ever in one.

As for drinks, if you’re American enjoy that Havana Club rum while you’re there. There’s something very meta about drinking a Cuba Libre (rum and Coke, as it’s called here) in Cuba but it’s what everyone is sipping on. That and mojitos.

Meals are customarily taken in line with the U.S. schedule, with dinner being the biggest meal of the day and happening around 6 or 7 p.m. Most places are open during regular working hours during the week and on weekends. Some smaller establishments might close for a lunch hour or on Sundays. 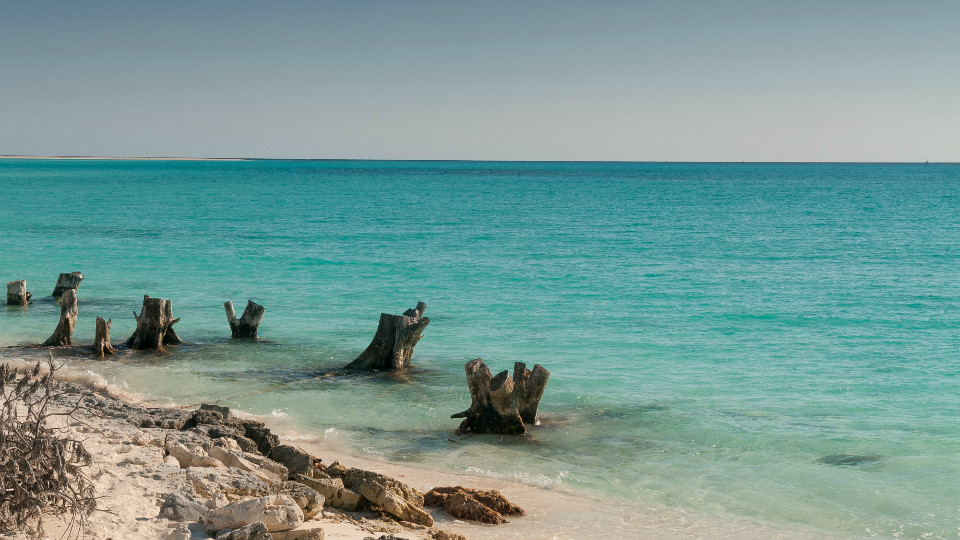 For all its struggles, Cuba is a relatively healthy country. Though food might be hard to come by, the country has more doctors per capita than any other place in the world. Water is not considered potable and even Cubans boil their water. And while we’re on the topic of drinking, milk in Cuba is unpasteurized. For the untrained stomach, this is usually too much to handle.

The country code is +53. American telephone companies are now permitted to enter in relationships with local carriers (aka collude on data roaming) so Americans can have cell phone access. Calls in and out of Cuba are notoriously expensive, however, and service sparse. Tourists can rent cell phones in Cuba or buy a SIM card to use in their unlocked phone. Cellular Telephone Company of Cuba (CUBACEL) and Celulares del Caribe (C-COM) provide mobile services.

Definitely don’t expect Wi-Fi when in Cuba, though, let alone Internet access. Connectivity isn’t a given at hotels but many of the top-tier ones make sure to provide it (and even sell access at a premium to non-guests). Even then, it’s often slow.

Cuba is a very safe country. Some opportunistic individuals may resort to pickpocketing or scams. In fact, scams are actually pretty common and tourists are the targets. They’re wily and know what tourists are after, too: Some of the most played ones involve fake cigars. You can read more about common Cuba scams here.