I have a confession. It’s not that I have a selfie stick but that I’ve become somewhat reliant on it.

To clarify (and absolve myself), I don’t use mine all the time. But ever since I started testing one out I’ve reached for it—just in case!— any time I’m going somewhere I might want photos. And I take a lot of photos. Of late, that included the Houston rodeos, a bike ride in Buenos Aires with a friend and riding camels in Morocco. I am a photo junkie.

But there’s a set of unwritten rules—now to be written—about using a selfie stick, including some basics and best practices about operating one. It’s definitely not hard but it’s a little odd and can take some adjusting when it comes to mindset, angles and everything else. Here’s how to work it.

Selfie sticks have made it onto a lot of sh*t lists quickly and for obvious reasons. People waving around a 3-foot-long poles must be walking nightmares to museum guards and it doesn’t even much imagination to envision one impaling the Mona Lisa. They’re banned at a lot of tourist attractions, including Versailles, the Smithsonian museums and Britain’s National Gallery. And many, many more.

I speak from experience when I say that the only thing perhaps more embarrassing than using a selfie stick is being yelled at for using one. It happened to me at the Palacio de Cristal in Madrid. (I wasn’t even going to use it! I just had it out.)

(OK, I was thinking about it.)

Even when there aren’t any rules, discretion is best. Overlooking my glass house gaffe. I try to use mine in open spaces and when there isn’t anyone else around. Because even though I always enter my own selfie-centered world when I use the stick, there are still other people around and probably want to see what I’m seeing or take a photograph from the spot I’m at. I also don’t want to hit them.

Also, let none of us be grouped into that other class of selfie stick users: those who whip theirs out at disaster sites.

The selfie stick is ridiculous; there’s no two ways about it. But I hold that when it’s used properly—no one or nothing is being harmed—it’s all in good fun. And If I’m going to take one out and use it I can’t be concerned about what other people think. Let go of some of that self-consciousness. Looking ridiculous is half the fun.

Besides, there’s always some degree of embarrassment or self-consciousness when asking a stranger to take a photo for you anyways. And then posing.

Get to know your hardware. 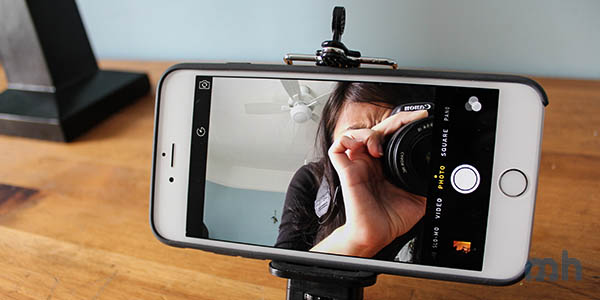 Selfie sticks share some key basics: They’re essentially poles attached to a smartphone to in order to get added distance when taking photos. Most don’t work any magic; you and your smartphone have to do most of the work.

The most basic models require a camera automatic timer. If a timer doesn’t come pre-loaded on the phone, apps like this one can do the trick. You do have to take the photos through the app but it should work as well. In general, a 3-second timer is probably too short (not enough time to pose) and a 10-second timer is probably too long (smiling hurts). Five to seven- second timers work best unless the selfie stick comes with a remote shutter.

If it comes with a Bluetooth-enabled remote, you now have the freedom and flexibility of snapping photo after photo without having to lower the stick to hit the automatic timer on the smartphone screen after every shot. It might seem silly to have a remote but in my experience it is easier to just stick the pole out once, find a good position and take a round of photos rather than looking like a doofus over and over again. The ability to take a bunch of pictures at once is worth a thousand words.

If I’ve learned one thing with about using a selfie stick it’s that it takes a lot of playing around with. For all the really cool photos I’ve gotten there are about 20 others discarded because they end up looking strange or distorted. For group photos you assemble differently (have to be closer together, usually) and the camera ends up at an angle someone normally wouldn’t hold it at to take a photo of you.

I’ve found selfie stick photos look the most natural if the tallest person of the group holds the stick (the reach isn’t as obvious) or if someone in the center does it because that’s how someone else would take the photo of the group: centered. Sometimes you’ll want the stick fully extended to get in the scenery and background; other times it works best at half length (like in tight quarters if you want a close-up).

The key is to play around with it.

Not that this is the photographic invention of the century but I’ve found the selfie stick allows for photos at angles I never before would have been able to get a shot, like from down at ground level facing up or way up in the air facing down. Perhaps that’s what I find most entertaining about using it.

The best surprise of f-all-s #iguazu

I managed to get shots of Rio de Janeiro splayed out below from atop Sugarloaf or at Iguazu looking into the cascading waterfalls below. Shots with me in them, of course. I mean, get Kim Kardashian one of these and we’re going to have a whole new Selfish tome.

A word about the angle of the camera itself: In most selfie sticks, you clip the smartphone at the end of the pole and secure its positioning, or angle, with a screw as one would with a tripod. It’s possible to choose an angle along a 180-degree plane but once you stick the smartphone pole out the only angle adjustment you can do is moving your arm or your wrist.

Keep (or crop) the stick out.

This point generates mixed opinions but my friend who brought a selfie stick on our trip to Japan last year said the real masters know how to take a photo using the selfie stick where it doesn’t actually show or where it can be easily cropped out. I prefer to have it out of sight because I think it’s a distraction in the photo (even if it was obviously taken with one).

But plenty of other people like to call a spade a spade and have the stick show in the photo. No selfie stick shame here.