No, going to Mexico doesn’t mean you’ll automatically be kidnapped and murdered. In fact, its international reputation practically ensures there’s a treasure trove of secrets and gems visitors are delighted to discover.

I’m not afraid to pick a favorite child out of all the countries I’ve ever visited and lived in, and Mexico is definitely among them. Famous for its Cabo, Cancun and Riviera Maya resorts, there’s more to life in Mexico than walking along the beach in a maxi and a margarita in one hand. (Alright, not a terrible thing to do.) Just don’t forget the cultural experiences of Morelia, Guadalajara, Oaxaca and even of the capital, Mexico City, itself. There’s a whole another world out there.

For instance, most visitors are often surprised to see that the well-patrolled capital—also known as Distrito Federal or D.F.—is surprisingly more European than American. Got a hankering for a café or a taco on a tree-lined street in Greenwich village at Thailand-like prices? In sunny, temperate Los Angeles weather? You’ve come to the right place. The biggest city in North America is a secret that only 20 million people know about.

From cerulean beaches dotted with Mayan ruins at water’s edge to lush green, winding mountains, the country also has some of the best cuisine and warmest people in the world. Take the time to know them and they’ll envelop you in the fold like family. Forget the burritos and tacos; even Oaxaca. It’s just one epicenter of Mexican cuisine, even if they serve up some pretty crazy mole.

Despite its socially conservative values, the country is progressive in unexpected ways. Long before the Citi Bike sharing program launched in New York City, Mexico City streets launched its EcoBici bike system years earlier in 2010. Avenue Paseo de la Reforma, one of the capital city’s main arteries, is regularly shut down for bike traffic on Sundays as part of a clean air initiative. There’s nothing to worry about, though; air standards are on par with most American cities today. (Nothing holds a candle to China.)

It’s hard to put into words how much I love Mexico. Okay, well, maybe it’s possible: I’m retiring there. 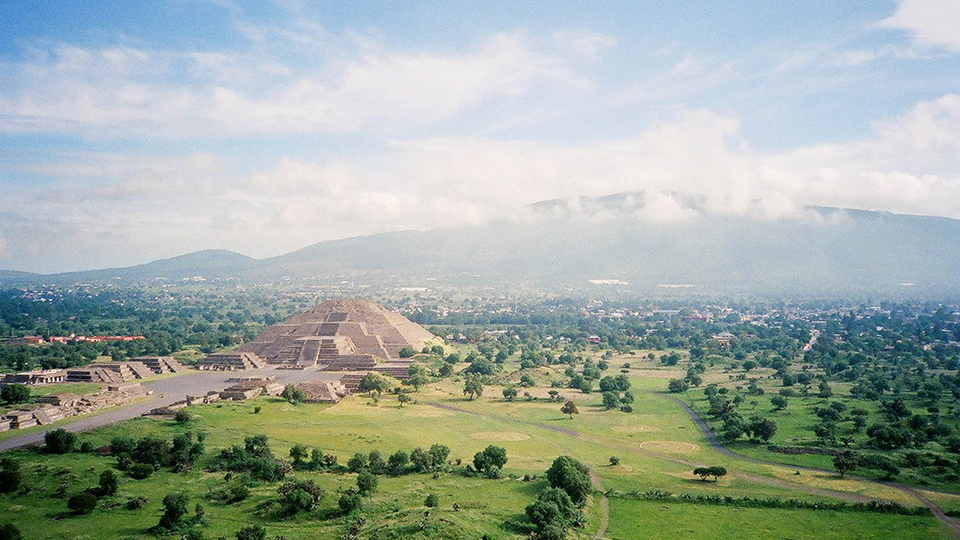 Everyone speaks Spanish but I like to joke that I speak Mexican, not Spanish. Like the rest of the Latin-speaking world, each country has its own particular peculiarities and that includes Mexico. Mexican Spanish, in comparison to other Latin American countries, tends to be fast, slangy, and informal. Torta means sandwich, not cake.

Though English is widely spoken in frequently touristed towns like Cabo and Cancun, please be aware that once you leave the confines of the tourist areas, English usage drops dramatically. In fact, even at well-touristed sites in Mexico City, I often translated exhibits at the Museo Nacional de Historia in Chapultepec Park for my parents.

There are so many entrypoints into Mexico that it is hard to know where to start. However, the most trafficked airport is Benito Juárez International Airport (MEX) in Mexico City. This is not only a hub for domestic Mexican destinations but also is a hub for the rest of Latin America. This airport is connected to the subway so it’s possible to get to Condesa and La Reforma neighborhood in 45-60 minutes. (Side note: If coming in from Guatamela, this is the last chance to exchange Guatemalan quetzales!)

Budget travelers flying through Interjet or Volaris will notice that the airlines fly through nearby Toluca because it is cheaper from Lic. Adolfo López Mateos International Airport (TLC). However, Interjet and Volaris often sometimes provide shuttle services to town for a nominal fee (less than $2 USD). It’s best to check the airline for more details. 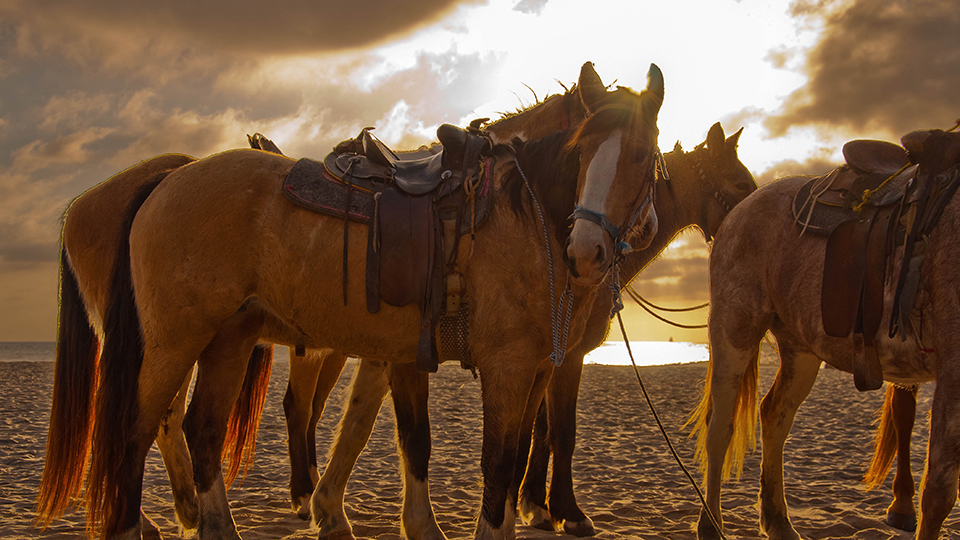 There is not an official visa per se but that doesn’t mean there isn’t an official tourist card. The last reported fee for the Forma Migratoria Múltiple is $332 MXN ($20.74 USD). If entering by plane, it’s usually included in the airfare cost but not if entering by land. The FMM is valid for visitors who stay for 180 days or less and business visitors who stay for 30 days or less. (The only exception to paying the fee are land tourists who plan to stay less than seven days. Then it’s free.)

By the way, pay attention to where this thing is kept lest you pay the fee again when exiting!

There is no limit of options available. Public transportation, though, is probably best represented in Mexico City. The network is just as extensive as New York City’s and it’s possible to get just about anywhere in the city using the metro for a flat 5 MXN (31 cents). The city also typically reserves a female-only car for those female travelers worried about being harassed.

In other parts of the country, though, expect things to be less easier to navigate and to rely on the bus in its stead. Important case in point: Perhaps one of the best way to do long-distance travel is by bus. It’s comfortable, cheap! and often occurs on a nice big coach bus. I frequently used ADO (Autobuses De Oriente) and Estrella Rojo but the list is long and there are many different companies depending on where you’re coming from. I’d often just check the bus station website myself for the full schedule.

Domestic budget airlines such as Interjet and Volaris are also surprisingly comfortable, clean and new for those traveling longer distances, like from D.F. to Cancun. By road, this is over 24 hours driving time! Don’t prejudge a book, though: Volaris is great. In fact, I’d prefer to fly Volaris over an American airline; it’s the JetBlue of Mexico. Except the JetBlue of Mexico serves you a free Krispy Kreme donut on some flights. Pure win.

Please note that if you drive across the border, normal U.S. insurance doesn’t cover the car being driven into Mexico. Mexican insurance is highly recommended. Companies like MexiPass and AAA offer this service. Many large American car agencies are well represented in Mexico. This country is much bigger than you think!

The official currency is the Mexican peso (MXN). The current exchange rate is awesome.

Prices aren’t as uniform as the country as you’d expect. In resort towns, expect prices to be inflated to American costs and standards due to the sheer volume of American tourists that pass through the area. In cities that see less American tourists, prices tend to be more egalitarian and on par with the actual cost of living. It’s a bit shocking how much of a price difference there is, actually.

Put the nacho down. Mexican cuisine is wide and varied and most of what is known as Mexican food is actually in the U.S. is not what it may seem down south. To clarify things, Mexican food in the South is often what’s known as Tex-Mex. Mexican food in California is Cal-Mex but borrows heavily from Baja cuisine.

In Mexico, Baja Californian food focuses heavily on fresh seafood—the infamous fish taco has its origins here—and fresh ingredients given its proximity to the Pacific Ocean. Meanwhile, Yucatán food focuses on ingredients such seafood in conjunction with tamarind, plums, avocados and achiote.

The infamous burrito has its origins in Northern Mexico near Juarez. That said, don’t be surprised if it’s found to be a less common dish elsewhere on Mexican menus outside the region. (Unless it’s catering to an American clientele.) Oaxacan food is revered for its status in Mexican cuisine: the specialties here are the mole, the cheese and chocolate. You can be sure I ate my heart out there.

Meanwhile, Michoacán cuisine prefers rice, pork and spices and has its own variations on the typical staple foods. Tortas ahogadas—literally meaning drowned sandwich—are drenched in chiles and that’s before we get to the tamales. Cotija and Tequila, both respectively named for the food and beverage, are both produced in western Mexico.

For haute cuisine, go no further than Mexico City. (Because of this particular hoity toity rep, residents are often referred to as chilangos.) It’s especially well-known for tacos al pastor, served up with a slice of pineapple and a variety of salsas. You can mostly find everything here, including barbacoa, birria, carnitas and moles. It’s also a melting pot and where the rest of Latin American food coalesces. In the mood for Argentinian and Peruvian? You best get it here.

Everyone runs on Latin time here. Basically, expect shops to wake up much later in the day after people have had a chance to lounge in bed. This affects the rest of the day: I often used to wait patiently for my torta place to open at 1 p.m. on the dot and then move in like a hawk waiting for its prey. I might be watching a lot of BBC documentaries lately.

Most people have a late morning breakfast, take a huge lunch in the afternoon (past 1 p.m.) and snack on a light dinner. People go out at late, around 10 or 11 p.m. 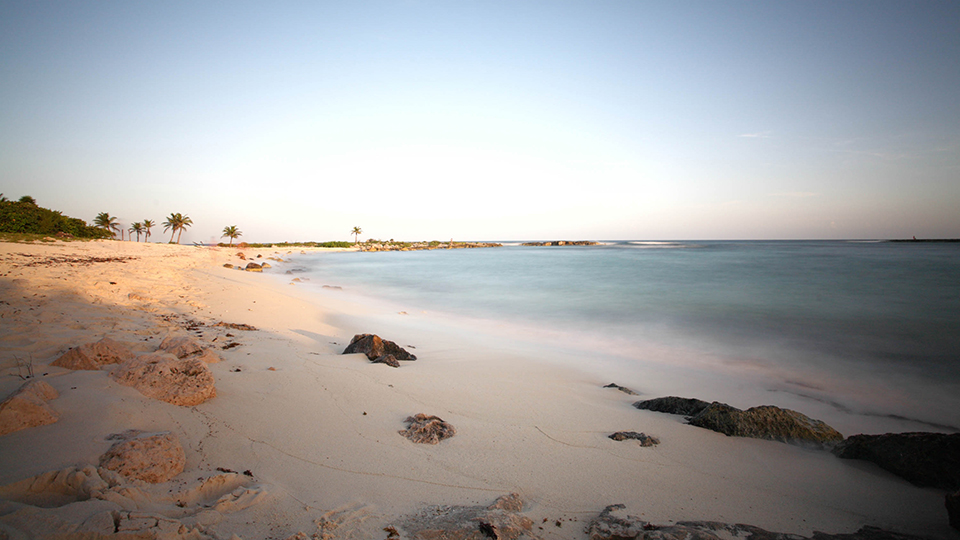 Of course there’s the Riviera Maya too. (Joe Hunt / Flickr)

If you want to know the future, Mexico is what happens when California runs out of water. The effects of a long-term and severe drought can be quite seen acutely in Mexico. In fact, sometimes, in the capital, the city will turn off the water in an effort to conserve the natural resource.

The tap water here is not safe to drink.

The biggest cell phone network providers are Telecel, Movistar and AT&T. Just be aware that in picking up a prepaid card, you might be required to bring some ID and a passport to get rolling. T-Mobile USA provides free calling and data in Mexico though! 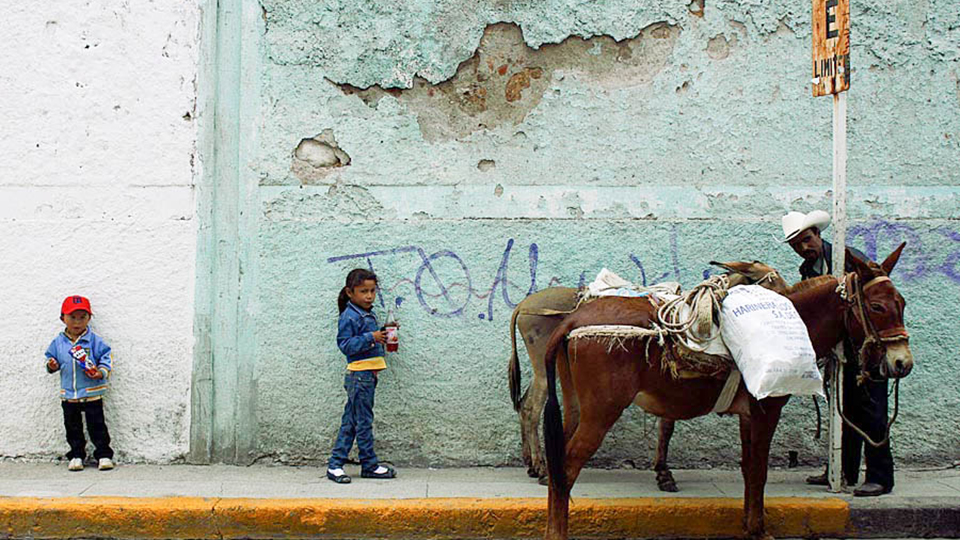 A good rule of thumb is the closer it is to a border town, the better you are off staying away from those areas. Because they are so close the U.S., this is where the majority of drug trafficking occurs. And drugs equal crime. It’s often a much safer bet to go inland and the closer inland you are, the safer it becomes. For example, Mexico City is for the most part safe because it is the capital and the heart of the country.

Public transportation is preferred over private transportation—cause, duh, there is safety in numbers—and for taxis, I’d only take proper cars where the car seat hadn’t been torn out. There is now an app called Taxiaviso where travelers can check official taxi registration and lets people communicate in an emergency situation.

Please keep in mind, that by far and large, crime is targeted. It’s worth employing some common sense here. In the same sense that you wouldn’t being walking down a dark, dark alley at night in a sketchy part of town in Washington D.C., you wouldn’t do it here.