Spring is almost here in the Northern Hemisphere, and that can mean only one thing.

Rain. All the rain.

But in the Southern Hemisphere? Not so much. In fact, dedicated and curious travelers can hop over the equator to find the most arid region on the planet.

Chile’s Atacama Desert is the driest non-polar desert in the world. (Antarctica’s McMurdo Dry Valleys are technically drier overall but getting to them is a little tough. So I went for somewhere with infrastructure.) The Atacama is buffered on both sides by mountain ranges that create a double rain shadow. The Andes to the east block moist air from the Amazon basin; the Chilean Coastal Range to the west stops moisture from the Pacific. Come here if you hate the humidity.

There are parts of the desert that have received no precipitation since record keeping began. In some areas the soil has been compared to the Martian surface, with one region found to be completely lifeless. Despite swaths of inhospitable terrain, about one million people inhabit the 41,000-square-foot area — mostly in the coastal cities, mining towns and oasis settlements. 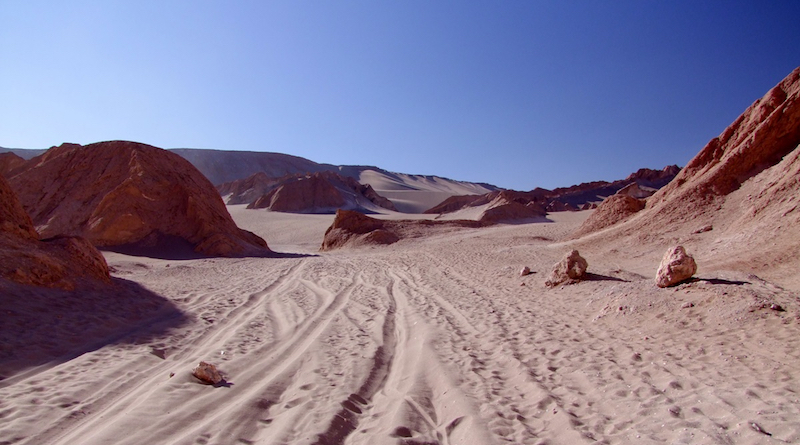 Chile is part of the Visa Waiver Program, so it doesn’t require a visa for U.S. passport holders prior to arrival. A tourist card is issued for stays up to 90 days; visitors can extend their stay an additional 90 days by paying an extension fee.

Despite being one of the more inhospitable regions in the world, the Atacama Desert is not particularly difficult to access. There are no direct international flights that go there. Visitors should fly to Santiago first, landing at Arturo Merino Benítez International Airport (SCL). (Tons of airlines fly there.) Travelers can then take a bus from Santiago to the Atacama. Be warned: it’s a 20-hour ride.

Another option is to hop on a second flight from Santiago to El Loa Airport (CJC) in Calama. From Calama, there are hourly buses to San Pedro de Atacama, a small town and major tourist hub in the desert. The ride takes around 90 minutes from Calama, and from there visitors have access to guided tours of outlying sites.

The Atacama Desert features a wide variety of geologic formations such as the Valley of the Moon (named so because of its resemblance to the lunar surface) and the Valley of Death (self-explanatory). There are salt flats, geysers, hot springs and the Lincancabur volcano. And for ornithology buffs there’s the Los Flamencos National Reserve.

The region is also ideal for stargazing. Due to its high elevation, low population density and lack of clouds, the Atacama Desert is an optimal location for amateur and professional astronomers alike. There are also some major observatories in the region: La Silla Observatory and the Paranal Observatory, which houses the Very Large Telescope array, to name a few. 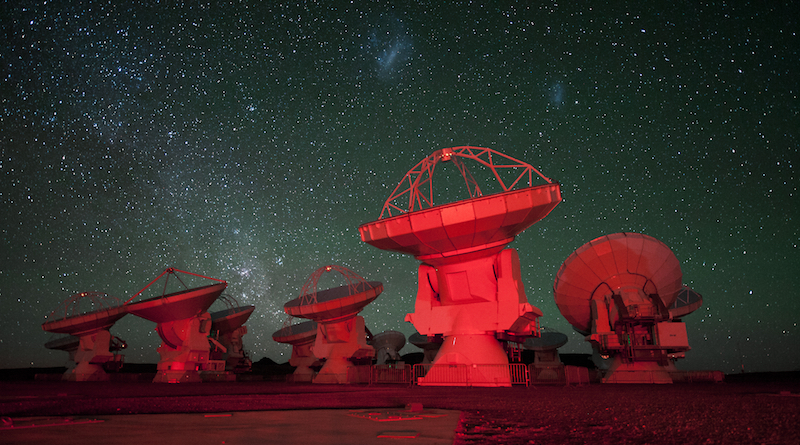 And if they’re extraordinarily lucky, visitors might even see this.

Chapstick, body lotion, moisturizer, etc. All of it. It’s the driest place on Earth, after all.

Sweaters. Don’t let the term “desert” fool you. Much of the Atacama Desert has fairly mild temperatures due to its high elevation. In San Pedro de Atacama, average highs in the summer (December – February) peak at 75ºF, with lows of 50ºF; highs in the winter (June – August) hover around 61ºF with lows near freezing. And while precipitation is extremely rare (duh), it has been known to snow!

The Highest City on Earth (and How To Get There) →