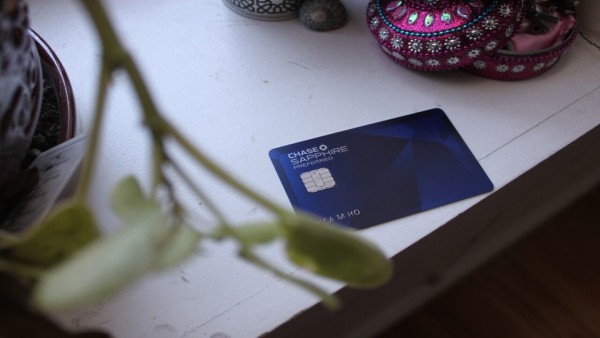 If you follow any travel blog, you probably know that the Chase Sapphire Preferred gets peddled around the most like a cheap whore. Usually for good reason.

If you travel, the benefits of signing up for the card are immense. Most people are initially attracted by the high sign-up bonuses—which average around 40,000 points and can be converted into airline points—but still end up keeping it even after the annual fee comes back into effect. One really unique perk, besides earning two points for every dollar spent on travel and dining and a point for every dollar spent on everything else, is that Chase gives a 7% bonus back on all points earned at the end of the year.

[UPDATE: The 7% bonus is no longer available for new cardholders. Trip cancellation and rental car insurance has been increased on the other hand. I also now get a 5,000 point bonus every time someone signs up for the Sapphire Preferred through this post but I still think it's a fantastic card.]

The only thing is that you have to meet a minimum spend requirement within the first three months of account opening. With this card, you do have to spend $3,000, so it’s worth to time the application when you have a big purchase coming up. The good news is that the card doesn’t charge a foreign transaction fee, so it’s easier to meet the minimum spend if you’re going to be spending quite a bit of money abroad too.

There is also a chance to earn an additional 5,000 points by adding an authorized user on top of the initial bonus, but there are also a couple of downsides with this particular feature. (See further below for my thoughts.) But besides these very obviously real, tangible benefits I find that the real value comes from the other travel amenities and basic insurance that come preloaded with the card. The full list of benefits can be found on the Chase website, but we’ve also broken it into sections.

It’s for reasons like this I choose to keep the Chase Sapphire Preferred around, fee or no fee. By principle, I generally refuse to pay an annual fee on any credit card, but it’s pretty easy to see its value generally outstrips the $95 yearly cost of keeping the card. It’s waived for the first year, which is pretty typical, so there’s usually no commitment to see if it works for you. The annual fee is actually quite reasonable to the annual costs of some of the premium travel credit cards, which can charge anywhere upward to $450. The American Express Platinum and the MileagePlus Club Card ($395) are two such cards, and while they offer a slew of benefits, the rewards can be negligible depending on your travel patterns.

One of my favorite benefits of owning the card is its unique perk of being able to transfer points (at an equal value) to a variety of airline and hotel loyalty programs. These include five airline programs, four hotel programs, and one train (ok, Amtrak) program. Though you can redeem a point through Chase’s Ultimate Rewards portal, I’ve noted before that transferring points to loyalty program can increase the value of the points you’re redeeming:

For instance, the typical bonus is 40,000 miles, or what Chase claims to be worth about $500 in flights. If you transfer these to an airline program, which you can with some rewards programs, they’re worth a little bit more at $560 at the traditionally accepted value of a frequent flyer mile, 1.4 cents. However, if you can use them in a region where flights are very traditionally expensive, like southern South America, they are inherently worth more. A typical flight from North America to that region prices well into the $1,000 range. With United’s MileagePlus program, that same exact flight (with a free stopover!) costs 60,000 miles plus taxes. Using these figures, a mile then becomes worth 1.7 cents. This makes 40,000 miles really worth $666.40 on the conservative side, depending on the actual cost of the flight.

This basically requires you to have a good knowledge of these loyalty programs though to take full advantage of them, which a lot of people usually don’t take the time to bother. (I’ve found, though, in the long run, it’s usually worth it.) Chase Ultimate Rewards are basically transferable to the following programs:

Yeah, that’s a lot to start learning. I generally know my way around the airline programs better than others, though I’ve heard good things about Hilton HHonors, which isn’t really on this list. 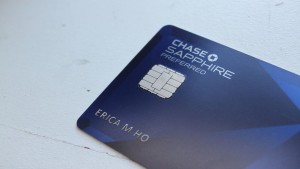 For the most part, I generally don’t care much about credit cards aesthetics, but whether you like it or not, the Chase Sapphire Preferred is distinctive in the fact that it’s made of metal and not plastic. The credit card is brushed with a dark blue metal that glimmers in different light gradients, much like *gasp* a sapphire. Some people get a big kick of how “expensive” it looks, but I personally could care less. Occasionally, I’ll get a remark here and there about its materials and its weight—slightly heavier because of the metal—but it’s not something that affects me regularly enough toe care. In fact, one of its downsides is that the card does tend to attract scratches because of its construction.

Unfortunately, this is also one of the biggest disadvantages of the card. (Turns out there’s a yin and yang for everything.) Because the metal card isn’t as easy as to destroy as a typical plastic credit card card, there are only a few methods that you can resort to if you’re trying to get rid of it. In fact, trying to take a pair of scissors to it may only result in injuries when the only ones that seem to work involve torching it (literally, with fire) or sending it back to Chase to destroy. It seems like a “do not try this at home” warning should accompany any other procedures. This actually makes me a little bit weary if you happen to misplace or lose the card, and even though Chase will send you a replacement with a new number, it still doesn’t reassure me that much.

The secondary downside of the card is that it’s impossible to add an authorized user and give the secondary card a separate card number. Chase on the whole doesn’t allow this for whatever reason, so keeping track and separating purchases can be pretty cumbersome if you’ve got more than one person tied to the account. (I wouldn’t encourage this for business purposes; the Chase Ink Bold would be a better candidate for that.) The only upside is that all points accumulated from the authorized user pools into your UR account, making it easier to earn points. It also allows the secondary cardholder all the perks of the card, which is somewhat of a godsend. I felt slightly better sending off my little sister on her first big trip abroad knowing that she at least had basic travel insurance to cover her.

The card is pretty much available in Visa or Mastercard, though Chase seems to be pretty much phasing out Mastercard versions of the card in 2014. For those who are looking for an EMV version of the card (the “chip and pin” version most commonly found in Europe), it only seems to be available in the Visa version, so that’s another point to consider when deciding which one you want to opt for.

The Sapphire Preferred still has a lot going for it and a lot of the grievances I have with the card are pretty minor. While a lot of people love to proclaim it as the best credit card for traveling, it is by for sure one of the best travel credit cards available on the market. Though it’s not nearly as popular, the Barclaycard Arrival World MasterCard also has gotten positive feedback for its fast-earning potential, with almost two points double on every single purchase. Redeeming is however a little bit different on the Barclaycard, so it’s up to you on how you want to get your money back. 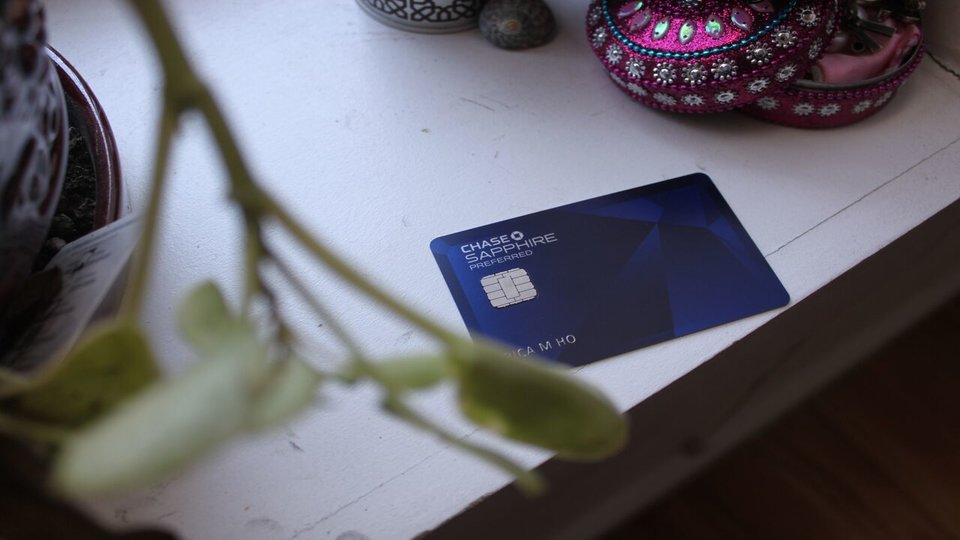