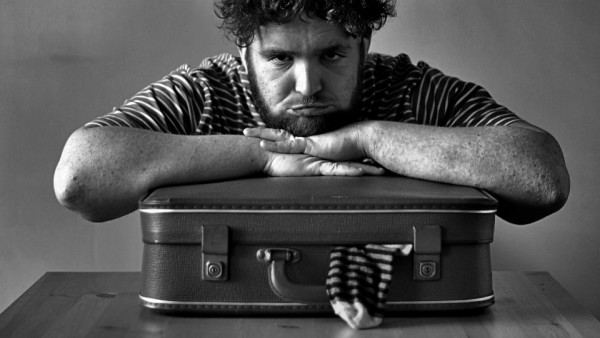 Packing light, good. But, hey, I've got to cram a month's worth of clothes into my carry-on allowance.

I'm just not willing to pay the extra $50 this time around. Most of the time, there's a way to skip the baggage fee but that trick requires the carry-on bags to be... carry-on size. But I figured, if I added in a wish, hope and prayer, it might be possible to skirt a bunch of junk that should be checked in past airport security and onto the plane.

Most airlines allow at least one bag and one personal item to be boarded onto each aircraft. Before you attempt this, the exact requirements for each bag vary airline by airline so know what they are before heading to the airport. In general, it is possible to bring at least two bags onboard. And thankfully, the definition of what constitutes a 'personal item' is a vague one.

If you think you can bring on two rollerboard suitcases on a plane, forget it. Most airlines aren't that stupid to let people bring that much baggage on a plane. Instead, plan on being able to bring only one suitcase and assume this bag is the suitcase that's getting bag checked. This is also totally not recommended for people who've got back problems.

Personal items means a bag that can be carried

In many cases, personal items should refer to a purse, briefcase, backpack or duffel bag. Most of the time, passengers choose to carry one of the first two. But these type of bags have the lowest capacities. In fact, if you really want to squeeze everything in, opt for a 30L-40L backpack or even better, a duffel bag.

Backpacks at these sizes are small enough to be discreet enough for most airport employees but big enough to really pack it in. Duffels are also very deceiving in terms of size. I can pretty much get the same amount of clothes and items into my duffel as I can into my carry-on suitcase. And that's quite a lot.

These bags are also less likely to be noticed as being bulky at the airport because they're worn on the back or can be worn over the bag. Unfortunately, you'll most likely have to carry the duffel behind your shoulder at key points in the airport if you want it to make it on the plane.

The only thing is that the actual personal item must also fit in a duffel if you're bringing it along. It needs to be able to condensed down to two bags just in case there are issues at the airport. 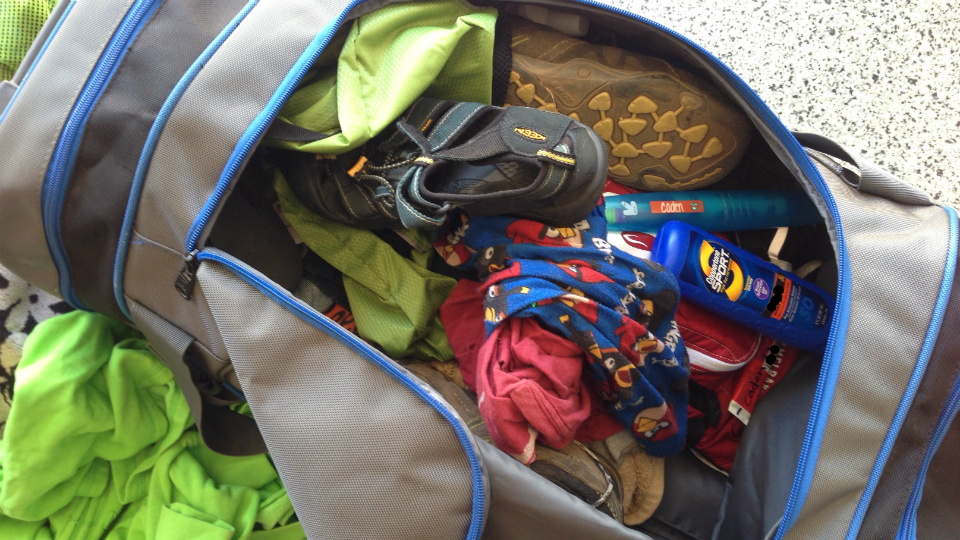 Security gets more lax the closer to the front lines

There's three checkpoints. First, there's the check-in agent, which is often the easiest one to skip. Check in online but if that's not possible, keep the duffel or backpack worn behind you on your shoulder.

The second line of defense is going through airport security. Thankfully, most TSA agents are more concerned about what's in the bag versus how many bags are being put through the scanner. I actually had an airport employee stop me in the hallway and tell me to check in a bag—I was carrying my purse, which was out of my duffel—and I simply stopped afterwards to put my purse in the duffel before going through security. Then, again, I carried the duffel over my back to draw less attention to my baggage.

The two bags made it through security just fine. The last line of defense is at the boarding gate and there's often an easy solution there. Once you're past the second checkpoint, you're pretty much home free.

Do not pass Go or collect $200 at any juncture where there are any potential baggage Nazis around.

Make sure the suitcase is gate checked

There's this recent phenomena where people who aren't keen on paying the baggage fee will stuff everything they can into a carry-on bag (hmm, that sounds vaguely familiar). Combine it with the fact most planes fly close to capacity these days and what you've got is a recipe for disaster. These flights aren't suitable to carry that many suitcases in the overhead compartments.

As a direct result, most agents at the gate are happy to offload suitcases and check them in for free. It skirts the check-in bag fee and takes one of those heavy bags you've had to contend with this entire time off your hands. Get the suitcase checked; at this point, I'll continue carrying the duffel and take my actual purse out of the duffel bag. The two-bag requirement for bringing things on a plane is now satisfied. 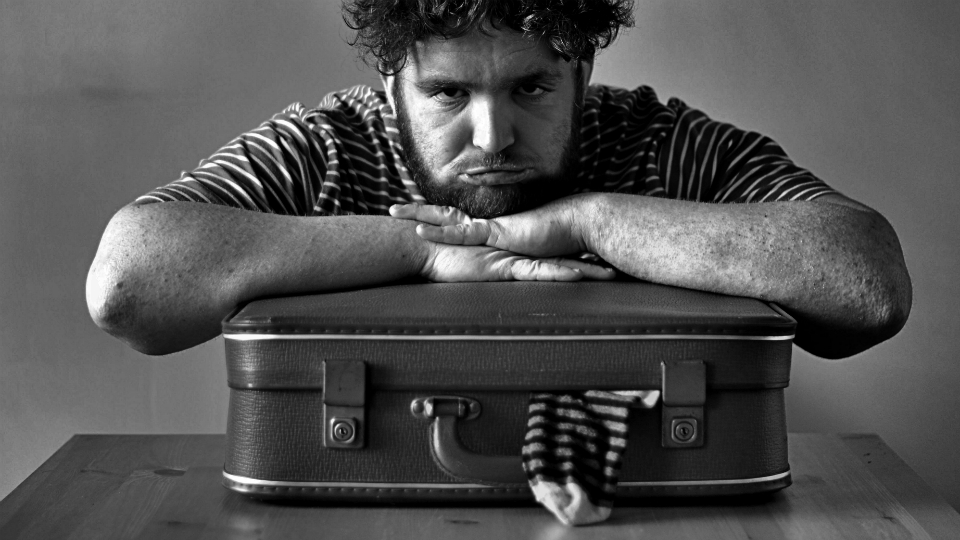 Skip a purse or a briefcase for a duffel bag (or throw it in the duffel).