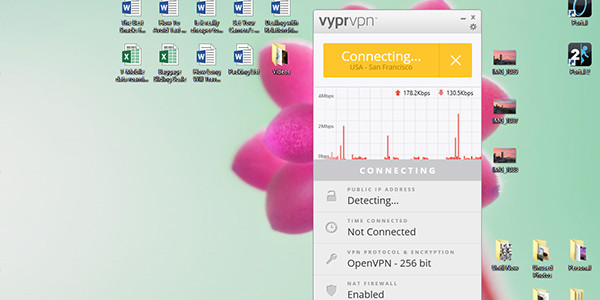 Can you blame a girl for trying to get her Netflix fix while she’s out in Mongolia? Sometimes you need a break from the wild horses to catch up on The Tudors in your very own warm yurt.

The problem with a lot of U.S.-based services out there is that they are blocked once you leave country borders. Forget the fact that countries like China and Russia censor everything that they think won’t fly. I dare you to get that Facebook fix without a VPN because it ain’t gonna happen.

Golden Frog’s VyprVPN aims to be a solution for all of that. If you’re not familiar with virtual private networks (VPN), they allow internet users to encrypt data by masking the original identity and/or location, which can then let them in turn access a blocked or regional service. I may consider the most important one of all to be HBOGo.

Depending on what you’re looking for, the most basic service starts at $10 per month. There are more advanced options for those people who are looking for different connectivity options at $15 and $20 per month respectively. You obviously save more if you pay annually upfront but for those looking to try it out, we’ve got 50% off your first month with this link (doesn't apply to annual signups).

The other main deviations are that Pro and Premier include a NAT firewall for extra security and allows for other connection types such as OpenVPN, L2TP/IPsec and the Chameleon protocol on top of the very basic and standard PPTP connection. In layman’s terms, just think more data scrambling for more security. In all cases, the company has made it clear they won’t throttle your speed or have any bandwidth limits.

All of three levels of service include varying amounts of the company’s Dump Truck product but Pro seems to be the most balanced—and the most popular—option between the three at $15 per month.

I’m actually not a huge fan of downloading software if I don’t have to do it. I hate bloatware so much that I always opt to set up a manual PPTP connection. In this case, I had no choice but to review the software since we’re getting paid for it so I downloaded the Windows client.

I was pleasantly surprised. Not only was it easy to install and great on the eyes, it also didn’t take up much desktop real estate space. If your goal is to connect to a server quickly, the application accomplishes the task rather effortlessly. There’s significantly more options to change the different network protocol types by heading into the settings if you want to exercise more control. 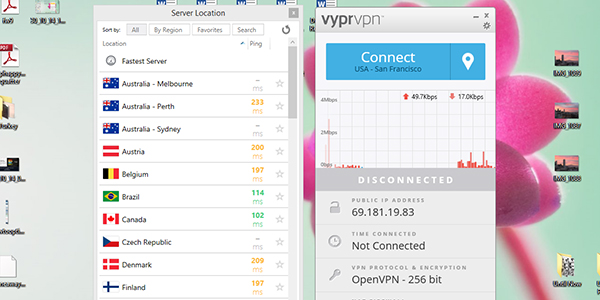 Though it took me a second or two to figure it out, all you have to do is click on the location symbol—thanks Google?—to change servers.

I actually really like the fact that you can change servers to your heart’s content, no matter what level of service you’re using. Some VPN providers not have a limited range but also limit the geographical restrictions of the servers. Most people will want to connect to the closest U.S. server they can get to get the fastest connection to their Netflix and HBOGo fix while they’re abroad.

For me, it means having uninterrupted access to foreign programming I’ve gotten used to over the years, like BBC Player and even Canadian Broadcast Corporation (CBC) material. (How do you think I watched the Winter Olympics earlier this year? I could barely stop myself from gagging over the NBC commentary.)

To test it out, I decided to load up the CBC coverage of the Sochi Opening Ceremony from this year. I had zero glitches streaming the 720p 3-hour broadcast of the event through CBC and YouTube, which frankly, I found to be fairly impressive. You’ll probably want to connect to the closest server to you possible for the best results... but then again, I guess I’m pretty close to Canada. I sure wouldn’t have minded having this when the World Cup was on.

I think it could be a harder connection the further I got out, so I asked Karina to see how Netflix fared from Buenos Aires. She reported being able to watch Netflix and HBOGo without much difficulty once she connected to the server in New York City. (There weren’t many complaints about being able to finally watch Game of Thrones.) 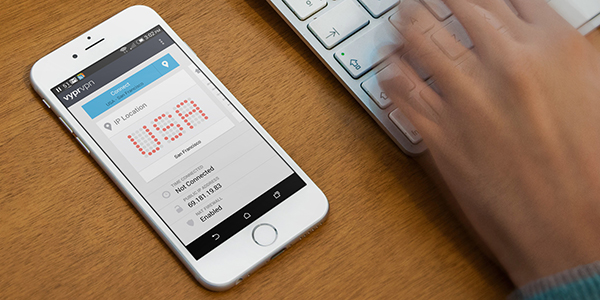 The one thing I loved about VyprVPN is that there are mobile apps for iOS and Android, in addition to the Mac and Windows client. Though desktop software is pretty standard for most VPN services, mobile apps usually aren’t. It was great only having to download these apps and logging in to get connected. It sure beats having to set it up manually or configuring the PPTP protocol on the phone itself though Golden Frog has instructions for that on their site if you want to go that route. That—if you’ve ever done it before—can be a super pain.

Quite succinctly, Dump Truck is VyprVPN’s own online storage system — think à la Dropbox or Google Drive. Golden Frog offers a free 5 GB even if you don’t buy the service. But, however, uf you do buy a VPN, anywhere up to 50 GB is swaddled in depending on whether you opt for the Basic, Pro or Premier service. It’s great for getting two for the price of one if you don’t want to shell out extra for an additional Dropbox subscription.

For what it’s worth, I’m two hours into the CBC version of the Winter Olympics Opening Ceremony now. Go Kyrgyzstan?? 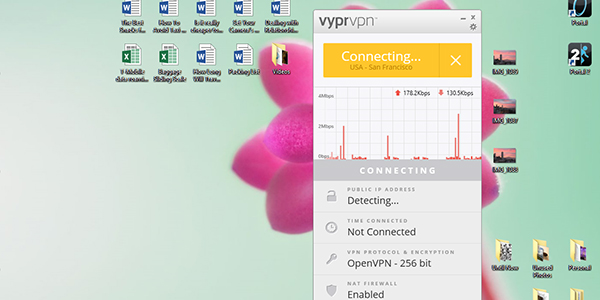