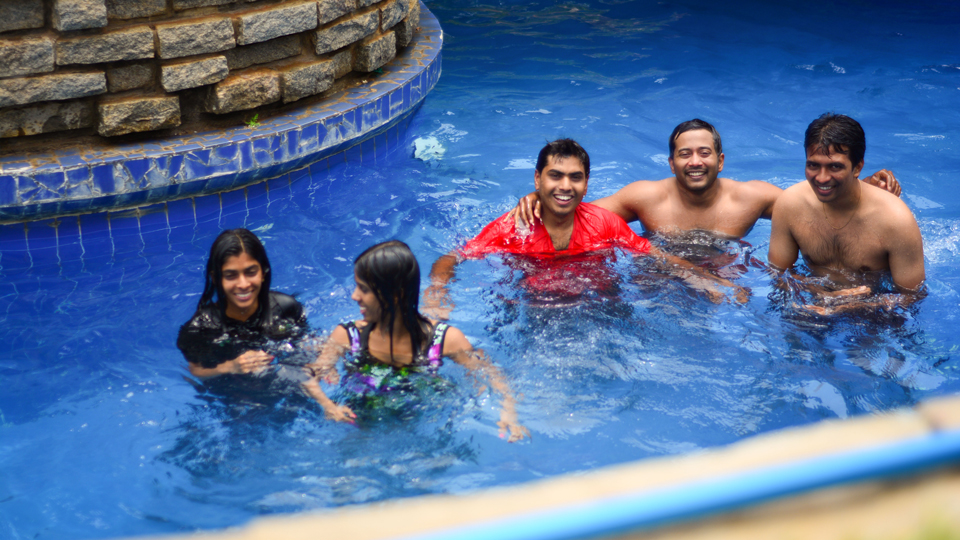 It's better to spend to make memories with others.

There's nothing quite like the joy of being free — but what's the point of it without having anyone to share the wonder with? First, it means figuring out how to share expenses with others on the road seamlessly, without drama or conflict.

From negotiating the couple/single person split to eating out preferences, here are some obvious and some not so obvious ideas on how to handle the money, so you can focus on the more important issues (like whether to go on that hike or not).

Traveling in a group doesn't necessarily save money, but your money will go a lot farther than it normally would.

Who wants a private beach in the Hamptons for under $100 a night? I do, and did, but it was probably only possible (and better) with a friend.

Have a discussion before leaving.

Going on a trip with someone you've never gone a trip before is sort of like going on a date. Nerve-racking but if you can make it through, it will stand the test of time.

Sometimes it is awkward bringing up the money situation, but it is even more awkward after the fact; so, clarifying things in advance will only work in everyone's favor (even if you are friends! One person may like to splash out a bit more).

If you're part of a couple, and one person makes more than the other partner, don't assume the higher-earning partner will automatically pay for the bulk of things. Talk about who will pay for what.

Not only is that horribly assumption-ist, it is bad for the trip dynamics at hand, and for your relationship (nor would I want my partner to pay for everything!).

Let the apps figure out who owes who what.

Luckily, there's tool for every aspect of life, including splitting travel expenses.

One of the more popular apps for managing group trip expenses is Splitwise (here's an old review! update incoming). Once invited, everyone has the ability record all the different expenses that pop up.

Splitwise can split expenses a different myriad version of ways, and the app does all the hard work in calculating who owes who what.

There's also integration with Venmo; for the extremely nitpicky, a CSV file can also be exported if someone is interested in auditing the final bill. (Let it go.)

It is also a great app for splitting anything with a group.

The best part: Because it is so cut and dry, there's also literally no fighting or awkwardness about settling the bill.

This can get kinda funky, for example, if there's a couple and a single person traveling together and there's two bedrooms available. Logically speaking, the couple can split half of the share or the accommodation can be split three ways.

It is our opinion that it should be split three ways, but it can be argued either way. This is a discussion that needs to be had in advance.

(For the record, couples aren't one person, they consist of two individuals; and in our opinion, this is the most couple-y form of discrimination against single people. It's basically a single supplement fee, but enforced by your friends. 🙄 )

Have one person handle one category of expenses.

There are so many things that need to paid for on a trip. There's the flight/train, lodging, local transport, food, activities and that hot air ballon ride.

Besides saying yes to that hot air balloon ride, if there are enough people, each person can shoulder a category to keep the tallies simple (it will also help keeping those categorical budgets in check!).

But again, this might be only possible if you are all traveling together, all the time.

For the love of God, though don't let one person handle the bulk of the major expenses. For one person to shoulder the hotel and flight/train for the entire group is a lot. (But a fun exercise in seeing how far your credit limit will go!)

Pay for your own meals and keep them separate. 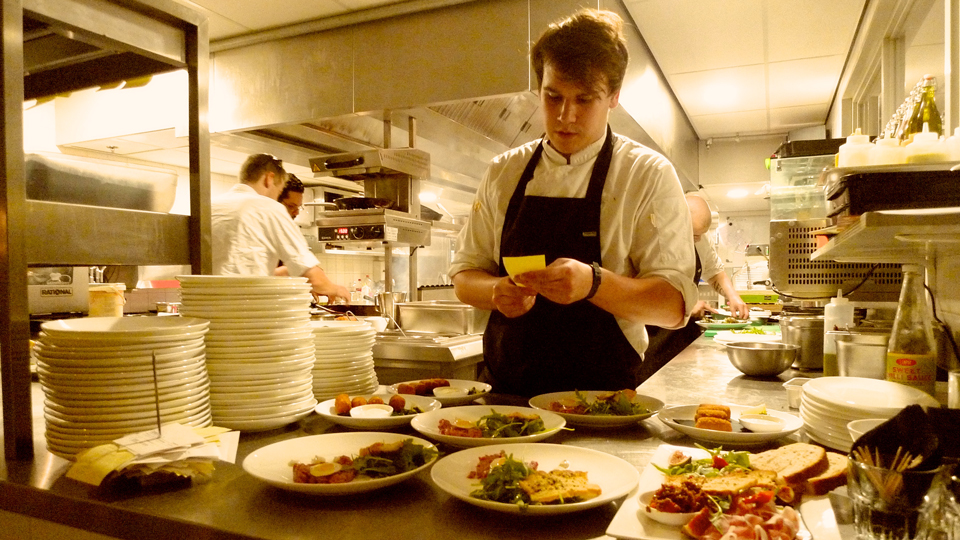 Split the meal, not the anxiety. (Franklin Heijnen / Flickr)

Different strokes for different folks, and this applies to appetite as well.

No one has the same taste, nor the same budget. Especially if one person is going to go for the lobster, while another opts for a salad.

The easiest way to divvy up meal expenses is to split the bill appropriately each time, after the check comes. This makes it a lot easier to track — simply, because you don't have to track it!

For groceries, consider divvying up what are personal items and what is for the entire group. That's the polite and appropriate way to go.

Here are some obvious and some not so obvious ideas on how to handle the money, so you can focus on the more important issues (like whether to go on that hike or not).