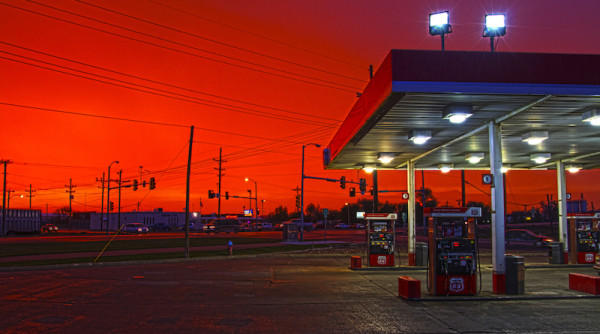 The fuel gauge is a driver's best friend as long it receives adequate attention.

I've been in this situation more times than I care to admit. The fuel warning light is on, but I have no idea for how long. On top of that, I'm on a rural stretch of interstate, miles and miles from the nearest exit. I have no guarantee that the closest gas station is a reasonable drive from the off-ramp. Worst case scenario: I've got less than one gallon left in my 2007 RAV4.

I could either admit defeat now, or push on until the end. Here are some ways to eke out a few more miles from that last bit of gas.

Running out of gas isn't the end of the world. I'm a big fan of breathing exercises. Too much stress can lead to some erratic driving, which isn't safe for anyone (and ain't so great for mileage either).

Roll up those windows

Reducing drag on the vehicle, especially on the highway, can add a few extra miles to that last gallon. This can mean the difference between stalling out on the shoulder or stalling out at the fuel pump.

Meanwhile, turn off the A/C. There is plenty of debate on when and whether a car's A/C or open windows use more fuel. In a low-tank emergency, the issue is moot. Both eat gas; both need to go. Prepare for it to get a bit stuffy.

Ignore Rihanna. As much as music makes the trip, it's not worth the loss in mileage. Sing something a capella. Unplug any charging devices. The less energy consumed, the better.

Slow down, for reals

This applies to acceleration, braking and average speed. But remember: super slow acceleration can also reduce gas mileage. Moderation is key. The goal here is to maximize coasting time, which will maximize fuel economy. If the car has the option available to view instant gas mileage in real time, turn it on and monitor the mileage. It should become clear what works and what doesn't.

Use topology to your advantage

Let the lay of the land work in your favor. If the area is familiar, try a route to a gas station that has more downhill sections than rises. If the locale is unfamiliar then there's not much to do in terms of strategizing. But with a bit of luck there might be a few hills to coast down.

The Idaho (or California) stop

Legally, I can't advise a rolling stop. But if it happens to increase the average mileage a bit, it’s your call if it's worth the calculated risk (purely in the hypothetical, of course).

Try not to run low in the first place

This is the one piece of advice I really should have followed. The best defense is a good offense. For multi-day road trips, the safest bet is to carry a fully-stocked reserve gasoline container—or even two, depending on the destination.

Even developing good fueling habits can help. Since I've run out of gas (twice), I've made a habit of filling up ASAP when I'm at or below a quarter tank. That way there's always plenty of time to find a station.

The same goes for maintenance habits. Oil changes, keeping tires properly inflated and other routine work can be a bit of a nuisance, but it pays dividends. And, really, it’s the responsible car-owning thing to do. All these little things add up when it matters most. 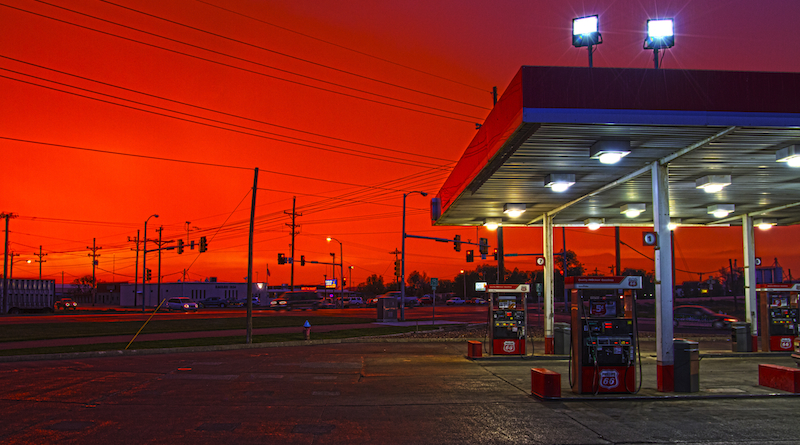