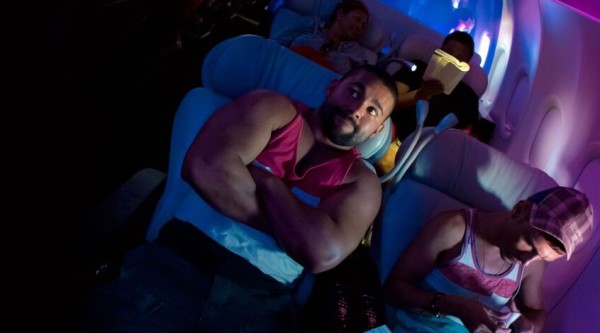 Haha. Oh wait. This is actually a real question? No, it’s not worth it, at least for domestic.

On international flights, those experiences can often be nothing short of epic. Forget about seats, we’re talking about your own suite while you lounge around in a Givenchy pajama set and a masseuse gives you a head rub… all in exchange for the cost of a used car. But domestic first class? That’s still attainable.

I remember when I used to equate flying first class to a mythical flying unicorn — I was in awe because I didn't know what lay on the other side. I’m sure I still even have the boarding pass the first time I was ever seated in 1A somewhere. It’s one of those (weird) traveling milestones I cherish.

Then as I began flying more and more, United began handing out complimentary upgrades in return for my wallet’s allegiance to the airline. Though I’m a bit sad some of the mystique has worn off at this point, it has also provided me the ability to view domestic first-class through a very realistic lens. The truth is you're not missing out on much.

Roger Ma also has a good write up on his Delta first-class experience if you're wondering how it varies across the different airlines. 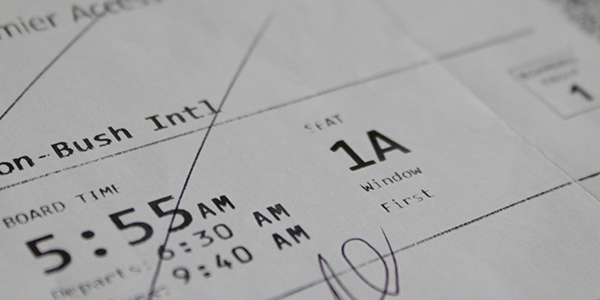 Yup, I still have it.

Bigger checked luggage allowances. Unless you need lots of checked luggage, it’s still pretty hard to justify the upgrade cost unless it is similar or less than the cost of what you need to check in. (This chart should help you figure it out.) Personally, I would rather just carry everything on so I don’t have to spend more time at the airport than I need to.

You can board first. Or at least in front of most of the passengers on the plane. Chances are, you are still boarding at least behind the airline’s real VIP, under whatever fancy name they categorize them under. This is probably the worst benefit of first class since it really only affects 20 minutes at most out of your entire flight experience.

The seats are bigger and there’s actual legroom. But not substantially so to justify the incremental price difference, but then again, I’m not a 6’ 3’ giant. Sure, the leather is nice and I’m actually somewhat comfortable for a full three hours. But honestly, I’m just as happy as sitting in an exit row seat and I find the seat experience to be comparable. The service is somewhat better in first, though.

However, I’d still rather deal with being uncomfortable for three hours so I can put my money somewhere where I’ll appreciate it more — like at a five-star hotel where the beds practically make me swear that I’m sleeping on a cloud in heaven.

The demographic of the cabin is a lot different. Most frequent fliers receive domestic first-class upgrade for free and those that often regularly get it know that domestic first class is a total waste. This mostly includes business travelers which tend to skew heavily toward white, middle-aged men, for better or for worse.

The best part is that everyone in the cabin generally just wants to be left alone. But you still run into bad eggs — I once had my seatmate shoot laser beams at me out his eyes because I had been upgraded at the last minute while the rest of his family sat in coach.

There’s free food and wine. Perhaps the biggest perk of all is that you don’t have to worry about getting fed. But while everything is served on nice china, don’t expect the food quality to be mind-blowing. In fact, I once saw the exact same breakfast served in domestic United First being served in an international economy flight I took a week later.

To be honest, you’re most likely still better off buying a meal—that tastes substantially better—to carry on the plane for $10. You can also buy a cocktail for $10 and throw in some Wi-Fi for an extra $20 and it will still cost you less than the $350 to upgrade. Hell, even Delta’s deliciously snackable Biscoff cookies are available at your nearest Walgreens.

But what about those business benefits? If all the work you have to do is based off a PowerPoint deck, then that's great. Unfortunately, though, Wi-Fi usually comes at an added cost and isn't covered in the price of the ticket. To make matters worse, we've also still got a while ago before Wi-Fi becomes standard on all domestic routes. Power ports are more likely to make a regular appearance, but this isn't always necessarily the case. 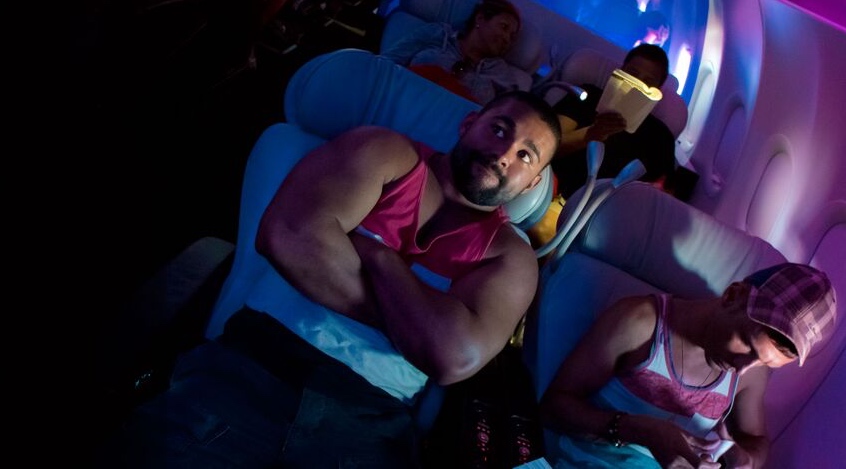