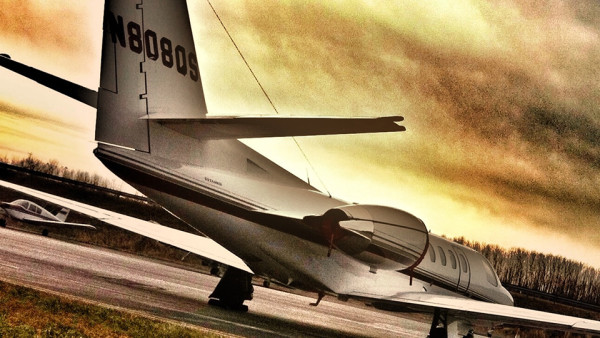 Hey, it happens. While missing a flight might seem like a blemish on your ever-perfect-I-never-miss-a-flight record, no one’s really keeping track. The worst time I ever missed a flight, I woke up, looked at my clock and thought, “HEY. I’m supposed to be landing in 30 minutes.” That, believe it or not, was to go back home for Thanksgiving.

So, unless you love to show up at the airport four hours in advance, here’s what to do when the worst case scenario happens.

You know ahead of time you are going to miss your flight. As soon as you know for sure, notify a gate agent or call an airline rep immediately. With a little bit of luck, they can put you on standby on the next flight, either for free or for a reduced fee (certainly cheaper than a change fee). Once the plane taxis for the runway and says sayonara, you have significantly less options than you did before.

Relax. Seriously, breathe. I know you just missed your flight, but it’s gone and now it is time approach the whole situation in a fairly unemotional and logical manner. Not only will you think clearer, but you’ll be a lot nicer talking to the gate agent who handles your case. You’ll get a lot farther with some basic courtesy than huffing and puffing in full-on PANIC! mode.

Be very, very nice to the gate agent. Breathe! Gate agents deal a lot with irate, demanding passengers every day. They don’t care that your great grandma’s nurse’s cousin’s neighbor is a Hollywood director. They most likely won’t care if you have status. (Though if you’ve missed your flight and you do have status, try talking to the agent manning the lounge first.) You’re not a special snowflake. And guess who has all the power? Not you.

What the gate agent can do for you all depends on the reason the flight was missed in the first place and who lies at fault. Was it yours? Was it the airline’s? If it’s the airline’s fault, generally they will put you on standby for the next flight free of charge. If it’s yours, it is very, very likely that they will charge you a change fee.

If it’s not going well, talking to another agent may give you different results. I once missed a flight and talked to five different agents who told me I would have to pay a $150 change fee – until the sixth agent helped me change my schedule free of charge.

Realize you cannot just buy a one-way ticket to your destination rather than pay the change fee. This depends from airline to airline, and whether you missed your inbound or outbound (return) flight. It may actually be cheaper to google and buy a one-way to pay than to pay the change fee (usually anywhere from $50 to $200), but if it’s the very first flight out, be very, very aware that if you do not take it, it will most likely cancel your entire itinerary. So unless you’re giving up on the trip completely, don’t do it. If it’s your outbound flight, however, and you’ve found a cheaper one-way than the change fee, well, who cares. You’ve already missed it, so take it!

Then there’s the “flat tire rule.” It’s basically a two-hour, get-out-jail-free card. If you show up to the airport within two hours within your flight but miss it, you may be entitled to a free change if you were involved in an accident, suffered a flat tire on the way to the airport (oh, really?) or even got stuck in traffic.

Not all airlines follow this rule, though US Airways, Southwest and American Airlines are rumored to have a policy in effect; it is not widely publicized for the obvious reasons. Still, don’t bank on the gate agent getting you out of this one – it’s totally up to their discretion.

Travel guru Christopher Elliot has the fine print on this one:

A passenger who has missed their schedule flight based on unforeseen causes ie. flat tire, accident, traffic delays may standby without penalty or charges provided:

The 2-hour rule is not to be solicited or referred as part of fare rule to circumvent voluntary changes. In-house exception made only when passenger has made an attempt to make originally scheduled flight.

There, there. You'll make it to Cancun soon enough.