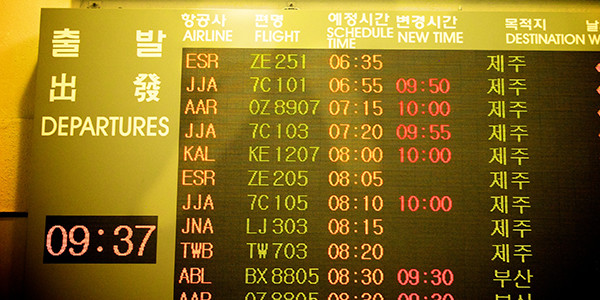 If there's a silver lining to flight cancellations, delays or denied boarding it’s that getting screwed in the EU or with an EU airline can be profitable. For us.

Since EU Regulation Act 261/2004 act went into effect in 2005, passengers can claim compensation up to €600 ($750.48) when something exasperating like a flight is canceled last minute (or within two weeks leading up to the departure, actually). Its great that somewhere in the world there is some culpability—power to passengers!—but that doesn't mean it’s an easy to do on your own. Refund.me is a startup that simplifies that process and fights for the right of passengers to claim money airlines owe them.

The law applies to any passenger departing from an EU member or travelling to an EU member on an airline based in an EU member state, regardless of nationality. Flight delays of a minimum of two (2) hours are usually eligible for some type of compensation, depending on the length of the flight. It also covers cancellations, missed connections and denied boarding due to overbooking. Take notice, America.

(The main sticking point though is that taking a voucher could be seen as taking compensation. Don't do it if you want the cash money. More on that in a bit.) 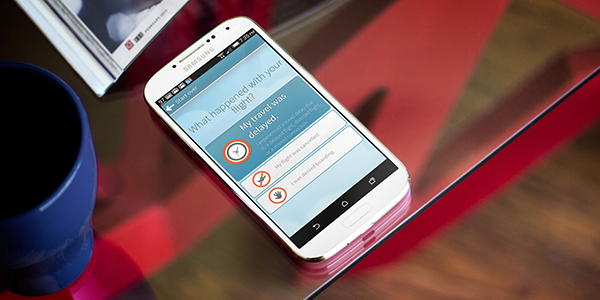 Refund.me simplifies the process so much that there's even a nifty app for filing a claim, though the company does take a small percentage if you win. The website will take you through a guided Q&A to establish if you're eligible for money back. It’s even possible to get an airline to pay up when a flight is delayed or a connection is missed, even if it happened in the past handful of years. According to refund.me research only 1 in 5 people in Germany know about their right to claim.

I would be too intimated to ever attempt to take on an airline on my own. That regulation document is something like 25 pages long and if push came to shove with an airline I would not be in a financial position to take them to court.

Just to be clear, there's no need to be an EU resident or passport holder to claim, either. Any person who is flying in the following situations when those mishaps happen can do so:

The company was borne from personal experience. Founder Eve Buechner herself tried to get the airline at fault with a six-hour delay in Sardinia to pay up a couple years ago. “They pulled a lot of tricks,” she said. “They kept giving different explanations and nothing was true. I gave up after six months. I didn’t have the time and didn’t want to engage a lawyer because I knew it would be costly.”

It’s a familiar story she hears from refund.me customers, many who have given the process a go on their own at first. It is possible do it independently but when it’s a little guy against an airline it’s hard. Buechner counts the benefits to using refund.me:

(I should mention, too, that refund.me, which was founded in 2012, has a couple competitors including EU Claim and Airhelp that operate similar models as refund.me, particularly Airhelp. We don't have personal experience with any of these companies including refund.me but it's always a good idea to suss out the options. To its own credit, refund.me has filed more than 25,000 claims worldwide.)

I was feeling much more clued-in and empowered at the end of my conversation with Buechner but I wanted to know, what should I do if one of these snafus arise to be able to have a case against the airline? Perhaps the main thing is to get as much as documentation as possible, including photos of the gate with the delay announced, video, etc. will help prove you're owed. You might want to do this if you're planning to file a claim with travel insurance as well.

The second thing to remember is to not accept any vouchers, tempting as it might be. Taking the next boarding or flight assignment is kosher but vouchers could be seen as a form of compensation, which could count against you when you file for money you are owed.

Now if only the rest of the world also would just get on board with something like that EU regulation. 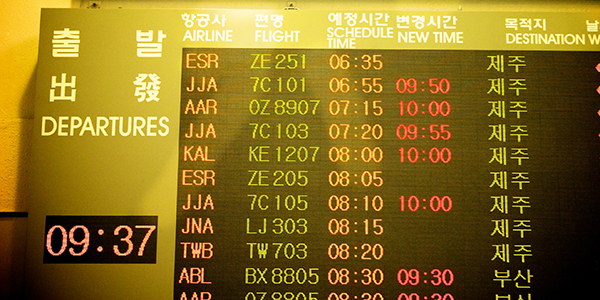