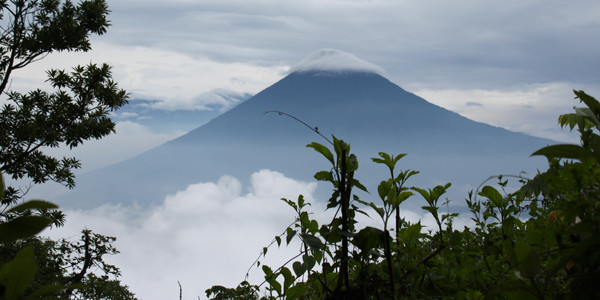 It doesn’t happen often, but as I was admiring the natural beauty that surrounded me, I also contemplated how close I was to imminent death. Not that I was in any real danger, but three volcanoes loomed along the horizon in the city of Antigua. While it was spectacular, I wasn’t sure how many were about to exactly go Dante’s Peak on me. I thought about Pompeii.

Two weeks later, I was about to get a little bit closer. For the so-very-exorbitant price of a hamburger in the States, I enlisted on a tour to go hiking on Antigua’s most touristy lava spewer, Volcán de Pacaya. Here I was, about to climb one of these bad boys. I was about to see a volcano… in all its active glory, up close.* My booking agent promised me obsidian, lava and roasted marshmallows over hot molten rock. Wait, marshmallows? Like by a campfire? I was sold.

There was nothing particularly special about this hike. While anyone out of shape would have found it challenging (...like moi), in all honesty, it was fairly mundane until we started getting closer to the summit. As we inched near the top, the tour guide’s amiable mood shifted slowly. With utmost seriousness, he explained how important it was to follow safety precautions.

Dirt turned into soot, and mud gave away to fine grounded, black gravel. I detected a gleam of a deep orange-red on the other side of the valley, and the air became brisk with a slight dampness. The heat from the lava was palpable, and a hint of burnt tennis shoe rubber hung in the air. And still, there was an undeniable majesty about the unforgiving, barren landscape. 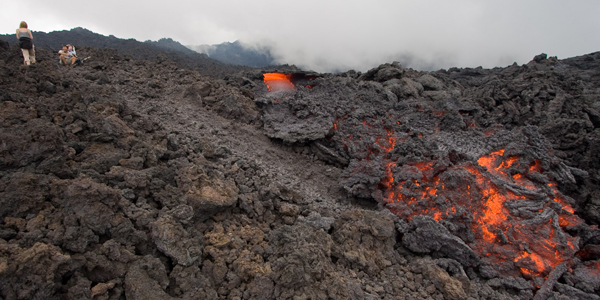 That became a reoccurring theme in Guatemala – not death, but beauty. My first impression of Guatemala from my airplane window was its alluring verdant, lush countryside. It is a visually striking country; in many ways, Guatemala has a sheer abundance of the vibrant splendor that only Central America can offer.

Likewise, Lago de Atitlan is a hotbed for tourists. While it’s the deepest lake in Central America, it is also surrounded by three volcanoes (déjà vu!). The lake is frequently cited as one of the most beautiful lakes in the world and invites, more often than not, indulgence. It’s also fairly outdoorsy:  kayaking, paragliding and more tend to run the list of things to do. It wasn’t so surprising then, that one day I decided to try my own hand paragliding around the cratered lake. 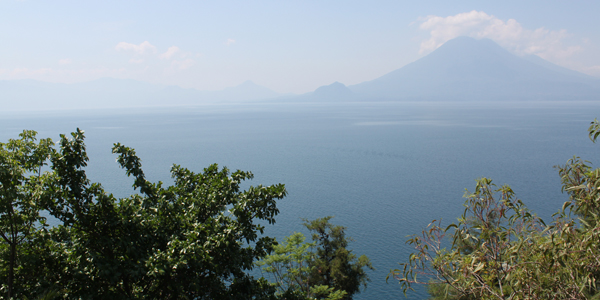 I don’t remember the name of my parasailing instructor anymore, but I’ll call him Juan. He was an affable and yet completely kooky character, as my friend warned me he might be. While I wouldn’t call him “normal” by any stretch of the imagination, he had a charming passion and knowledge for gliding that assured me that my corpse wasn’t going to end up swimming with the fishies in the lake. (It could have also been his very serious and practical wife coming with us.)

Responsible for instructing me, Juan was taking care of the logistics. Due to funky weather patterns, he decided that we couldn’t head toward the lake’s optimal spot for take-off. We were eventually forced to pick another location. Without missing a beat, my friend and I jumped into his Jeep. But just a mere 20 minutes in, we began slowing down Atitlan’s twisty roads.

The trees were thinning out, and we opened into a wide clearing field. We stopped the car. The trees were practically gone; all that remained left were tree stumps to remind us something had once stood there.

What ensued didn’t take very long. Juan hopped out and surveyed the area quietly, and his jovial mood turned rapidly. What came out next of his mouth was grave, and somber. “This is not where we want to take off,” he said. A couple of minutes passed. We stared into the empty forest, into a field of nothingness.

I politely ventured if the trees were ever replaced. He hesitated, before replying briskly, “They say that for every tree they take down, they plant two new ones… but it takes so long for them to grow back.” He didn’t have to say much; everyone felt the same doubts that his tone reflected.

Then silently, we got back in the car. 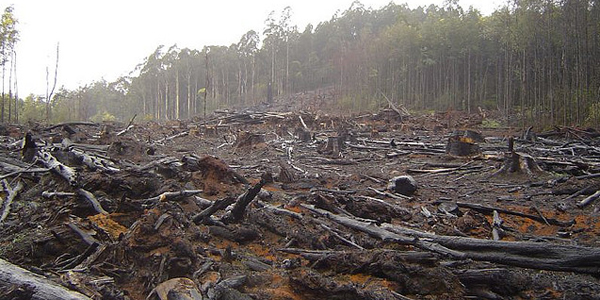 I often felt black soot at the back of my throat each morning in Beijing because of smog. And even if San Francisco hippies still put me to shame, I recycle when I can. But this was something I had never seen before. For a couple of minutes in that forest, I ventured beyond my simple role as a tourist and saw a different reality.

The truth is, travel isn't always pretty. Sometimes things aren't quite what you expect and maybe the Sydney Opera House isn't quite as big as you'd thought it'd be. It's easy to imagine everything as rosy, and everyone everywhere you go is super happy. The only bad thing about that is that it tends to leaves the picture a little incomplete. The deforestation I saw in Guatemala – a country virtually kissed by God’s natural gifts – was only a taste of what happens every day. It also impressed its way into my consciousness.

According to the Guardian, “Guatemala has experienced the most rapid deforestation of any country…” within the past five years. That’s interesting, considering the U.N. reports that a third of Guatemala is forested. In fact, between 1990 and 2010, Guatemala lost 23 percent of its total forest cover. That's a fact I remained ignorant about until very recently. But I didn’t know any of that then.

The barren trees often tugs at the fringes of my mind when I remember how beautiful Guatemala was. I’m not a tree-hugging environmentalist (though I do think more about these things these days), but it highlighted an important point that won't leave me anymore, and sometimes its just as good as to leave your thinking cap on as it is off. True, sometimes you need a break and just want to escape to the next destination – isn’t that why Disneyland was built?

There’s absolutely nothing wrong with that: but sometimes, its worth realizing the effort the hotel staff put in heating up your hot tub by chopping firewood up all day long. Or the trees used to heat it up. Because, traveling, when it is done right, is not necessarily about cultivating ignorance, as much as it really is about awareness.

*Hike active volcanoes at your own discretion! Pacaya erupted a week after I climbed it. 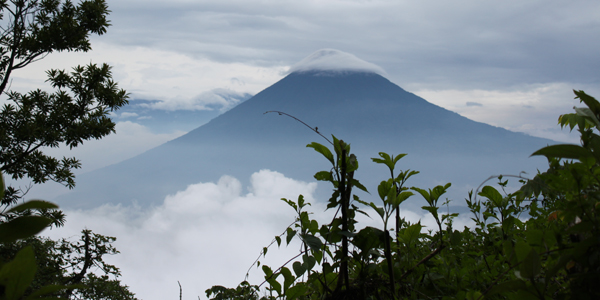