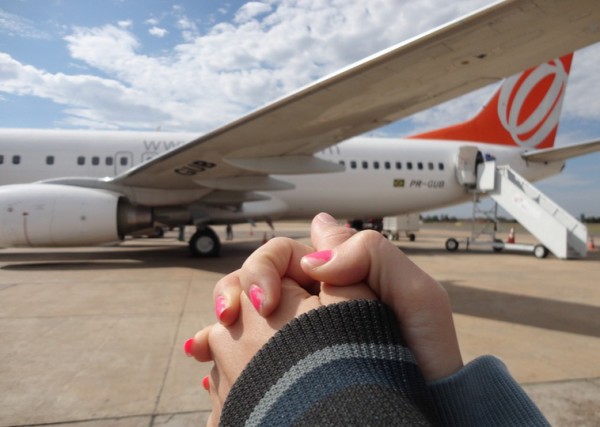 Look, it happens. Sometimes you end up sitting next to someone who’s not only age appropriate and single but attractive. The situation being what it is, the captivity of the plane can either be the best or worst place to make your move.

Not surprisingly, I am usually on the other end of the spectrum, falling into the category of the fairer sex. All I can tell you is that it can end up being horribly awkward or pretty great, based on how you mitigate the circumstances. Regardless, there are a couple of things you want to be aware of before you go forth and flirt, young padawan.

(In perhaps one of the most embarrassing episodes I’ve ever had, I was due out to Cabo on a first-class flight. One dude in the lounge started talking me up about the toast—out of all things!—and we talked for so long I actually forgot the time and ended up missing my flight entirely. I had to go home because the next flight wasn’t for two days but I was so mortified that I told my family I had accidentally fallen asleep at a Starbucks. I don’t think they believed it.)

The point here is to engage and establish your interest because it’s a little weird if you start talking and introducing yourself mid-movie. It’s probably a good idea to figure out whether the other party is interested or not after a couple of minutes; there is no need to let the conversation drag on unnecessarily. It’s also not a good idea to do this on a morning flight… let common sense dictate how you approach this.

The best openers? “So, are you going to or from (insert destination)?” It’s a relatively non-intimidating and friendly question that doesn’t need to suggest anything more.

Takeoff is the perfect time for a lull in the conversation.

There’s no need to force the conversation. Even if I enjoy the conversation, I may want a little quiet time to pass out if I’m sitting in the window seat. You can start talking to me again once we reach cruising altitude or once I wake back up.

Don’t interrupt the other person’s activity or movie.

While you are allowed to interrupt your own movie to make small talk, you are definitely not allowed to interrupt someone else while they’re watching their own movie. Chances are, if I’m watching a movie, I either really (1) want to watch that movie sans interruption or (2) I’m potentially doing it to avoid talking to you or (3) a combination of both.

The protocol is the same if I’ve got my headphones on.

Be on your best behavior.

So you know those weird things you do like take off your shoes during a flight? I hope there’s some way you can do it tastefully because if you don’t, I’m totally going to be judging and assessing. It’s human nature and I can’t help it especially if I sense you’ve just hit me up for possibly something more.

It’s not a good time to ask for a number once the plane hits the ground.

This is not a good idea! I once had a guy ask me for his number once the plane hit the tarmac. Not only was I not interested, the main problem was that the plane was still on the tarmac as we crawled along. This led to a totally awkward ten minutes while we waited for the plane to reach the gate. (I’m sure the unwitting witness to the entire situation in the aisle seat was highly amused.)

In fact, the best time to ask for someone’s number is once you’ve reached the gate and right before everyone has started to deplane, during those weird limbo moments when everyone’s getting ready to grab their suitcase. Time is precious here because once everyone starts reaching for their bag, the primary focus is about getting out of the aircraft as quickly as possible. Besides, it’s a great time to check your email and grab a number at the same time.

Another good opportunity may be as soon as you guys get out of the gate but this requires keeping up with them during the deplaning process. Depending on how smoothly you can pull it off, which could totally look like or not look like stalking, it could work. I’d preferably err on the side of caution and do it before, though. Succeed and you might end up in a Virgin Australia spot.

Most importantly, you can begin hitting on me only after I've had my morning coffee. 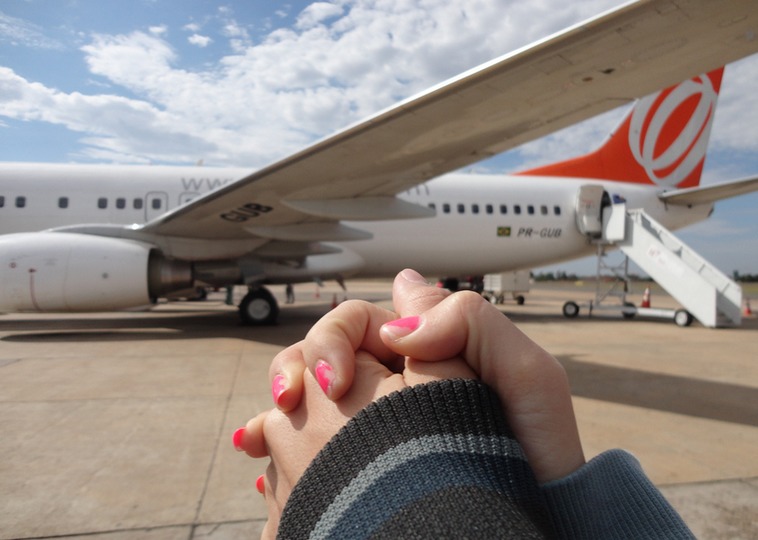