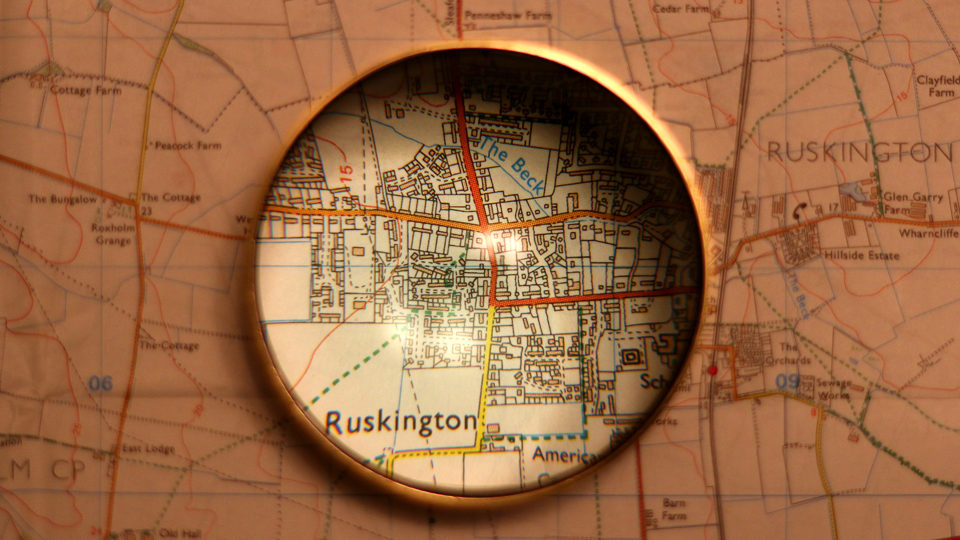 The hardest part is booking the flight (now you're committed), but the best part is yet to come.

Practically, it's time to figure out the details of the trip, figure out the route to take, and consider how much your wallet can actually handle. Considering all the information that's out there—or not out there—it's easy to get easily overwhelmed and not understand where to start. It's not as complicated as it seems.

Research and plot places out on a map.

The most efficient way to start an itinerary is to create a custom Google Map and start marking down places that look interesting. This is also the point where all the Type-A personalities in the room need to relax and realize nothing on this map is set in stone.

Google Maps is a fairly straightforward tool to use. If I'm covering a large amount of surface area or region, it lets me suss out which countries border each other and which ones are further away from each other. Travelers can determine how accessible countries are in relation to each other over a significant amount of ground.

For instance, the Balkans is an interesting one. Plotting a route from Slovenia to Bosnia and Herzegovina and then to Romania means that particular route would cross and skip Croatia and Serbia. Do whatever you want, but it may not be the most efficient way to cover that group of countries.

Once the country or city foci of the trip is determined, its time to flag places that look interesting. 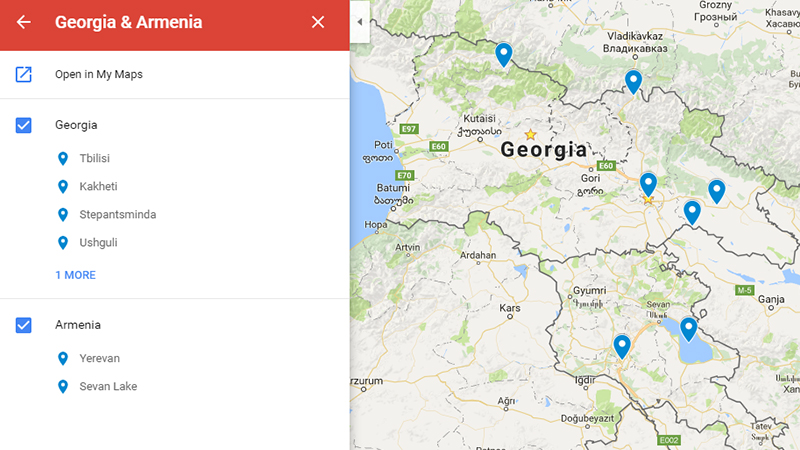 Georgia and Armenia at a glimpse.

Developing an itinerary occurs on several tiers: the region level, the country level and the city level. Each level requires you to hone in and narrow down further possibilities. Combined with *actual possible transportation options available* between locations, a more refined route will start to emerge.

Creating an itinerary is like digging for dinosaur bones: As soon as a few key details are discovered, the complete picture will begin to unravel and reveal itself. Often, it's nice to be flexible to other possibilities if you suddenly realize making a random, one-stop detour to Lake Almaty is super ooout of the way. Save that for another time.

Set the budget by figuring out the flight.

The flight is often the highest expense of the trip, followed by accommodation and lodging. There's no fast and hard rule here, but in general, this is a guideline that is true most of the time.

It's easy to set up an Excel spreadsheet to get the juices going but in case if you want to save yourself some work, we also published a Google Doc for budget setting and expense tracking a while back.1

Often, I like to advise against a firm budget, though it's nice to have a ballpark range to work with. Firm budgets are tough because every place has a different cost of living. And the latter is the biggest factor in determining a budget.

Luckily, there are more than several places out there that will help you get a better idea: Some tried and true options include Wikivoyage and/or traditional print guidebooks. For a more advanced take, Expatistan is also a decent resource. The Big Mac index is also an interesting tool to help people figure out costs.

Ultimately, it doesn't matter if you use any of these resources or not. Because, guess what, the budget is usually set by the top two most expensive categories in any trip: flight and lodging. It's nearly impossible to underestimate the influence of these two factors on funds. 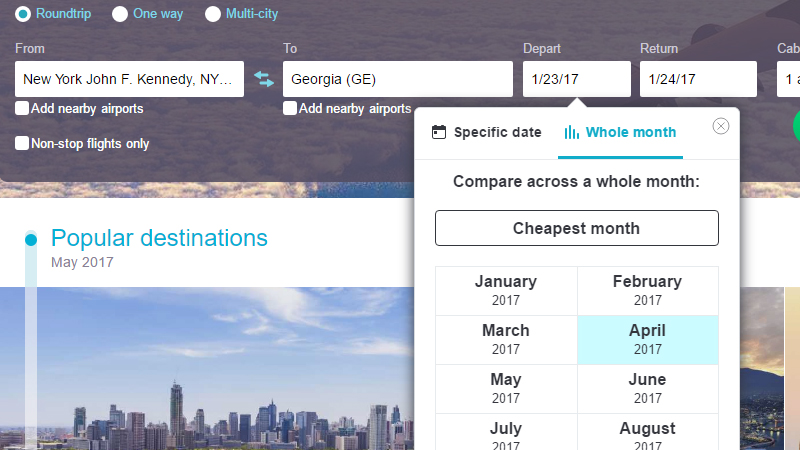 Use the "whole month" and "cheapest month" option for the timeframe you're looking at.

The flight is the easiest to figure out. If you've been stalking a particular set of dates (and locked in), then there's already an estimate. If you are more flexible on dates, Skyscanner is a great place to get a gauge on what price levels might look like. Be sure to use the "whole month" and "cheapest month" option for the time frame you're looking at.

Google ITA Matrix is also a great tool for inputting a vague trip length (ex. 14-19 nights). It will then search every single departure date for every possible up to a month. For these type of tools, though, its important to budget for the next price level up — this prevents underbudgeting.

Underbudgeting is like undercooking a steak: it's going to lead to a lot of problems, and the kind that makes you want to curl up in pain. Running out of money is probably the worst thing that can happen on a trip.

Besides, if you make out for less, you're going to feel so much better about those saving skillz, no?

The next step is to repeat this process with lodging. Bear in mind, lodging is a multiplying factor that should be treated on a city-by-city basis. After that is the visa, local transportation and inter-city transportation costs. This will make a big difference in determining the discretionary part of the budget, and where its possible to find places to trim down the proverbial fat.

Planning the budget is all about following the order of operations: flight, lodging, visa, local transportation and inter-city transportation. It is largely determined by real-time market prices, which is generally pretty easy to search or find.