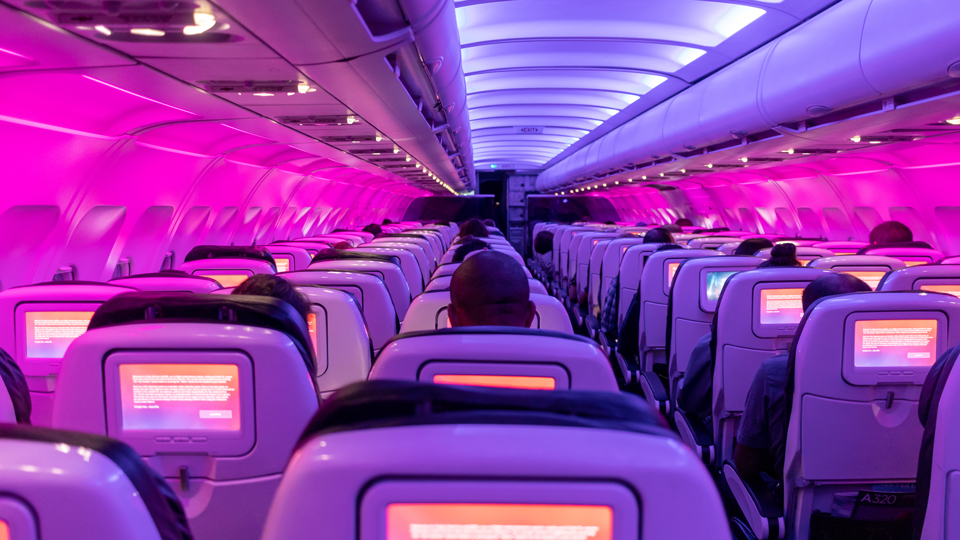 There's a certain horror when you open the door and walk into a packed room, full of people. (Actually, this has always been a horror of mine. It is now compounded.)

The TSA recently reported that over 500,000 people are flying daily within the U.S.—that's five times over the lowest numbers during the pandemic—meaning that, combined with suspended services and an increasing number of travelers, plane cabins may be packed to the brim again. At least some airlines are realizing their part and taking a few measures by blocking middle seats temporarily throughout the summer, until the pandemic subsides.

In stark contrast, United and American will begin booking at full (that's 1-0-0-%) capacity starting July 1. Avoid those airlines like the plague, and we wish we were back at the day where that was actually a fun we could make.

Those traveling on Allegiant "can request to be notified if a booked flight exceeds 65% capacity. If they're not comfortable traveling at that time, they can choose from a number of options, including being rebooked on another flight."

It's worth being cognizant that being one seat away from another passenger doesn't translate into six feet's distance from another human being (more like one, or two). Don't forget that mask in the personal bag, either.

(Maybe airlines will finally stop packing people in like a can of sardines?)

Delta, JetBlue and Southwest are blocking seats temporarily so passengers can maintain distance.

Avoid United and American, if you can, and if you value your health.