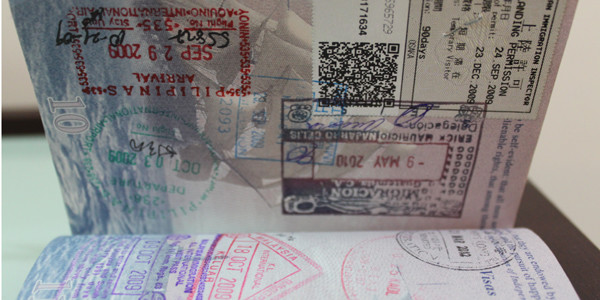 Question, what happens when I run out of space in my passport? Chunk it in the trash! No, I’m joking. Really, don’t chunk it.

Aside from stamping over other stamps or leaving post-it note instructions for the immigration officer, you best get it taken care of before you need the actual space. Immigration stamps don’t take up a lot of space, but full-page visas do. And most countries requiring visas will ask that you have at least one to two pages left.

Updated: May 1, 2018In 2016, it was announced that it is no longer possible to add passport pages. Instead, Americans wishing to add additional pages will have to renew their passport.

If you happen to be American, then you have the option of adding a new set of passport pages instead of applying for a new passport altogether. They can only be tacked on when you have less than four blank pages left. Though it used to be free a couple of years ago, adding pages now costs $82 for one set (26 pages) or two sets (52 pages). You can add up to two sets at a single time with no extra charge. It’s expensive, but it sure beats the heck out of renewing your passport at $110.

There are a couple of procedures for going about it. You can follow the steps outlined online and if you have the patience for the passport to be sent back in the mail. (If you’re traveling within two weeks, you have to make an appointment.) However, the quickest way is to go in-person to a U.S. embassy or consulate in a foreign country, where they often add pages mere hours later. I was able to pick mine up about five hours after I dropped off my application.

It’s unclear how many sets of passport pages someone can actually add to their valid passport; a lot of it seems to vary by embassy. In Hong Kong, only three sets are allowed before you are forced to apply for a new passport; in London, two sets are allowed. What's for sure is that some people have certainly tested that limit.

Other nationalities aren’t so lucky. For example, Australians and Brits will not be able to add passport pages to valid passports. Aussies, however, are eligible for 67-page passports when they renew; the same applies to Britain’s 48-page passports. (Canadians can take advantage of 48-page passports.) These passports are designed to cater specifically to frequent travelers. You know, like us.

Americans are also eligible for a thicker, 52-page passport on request upon renewal. It costs the same as the normal 28-page version, making it a no-brainer if you know thyself and plan to travel a lot. Regardless, the 52-page extension still remains the best deal rather than completely applying for a new passport. 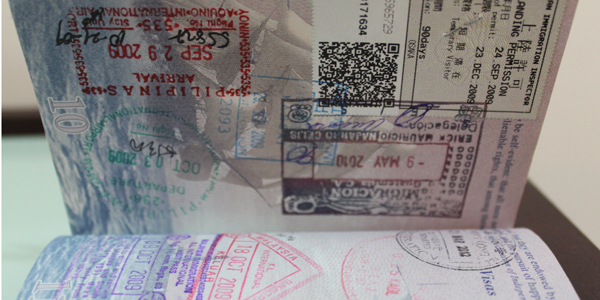 It is no longer possible to add pages to a passport. Instead, it is recommended to apply for a 52-page passport since it costs the exact same as a normal passport.