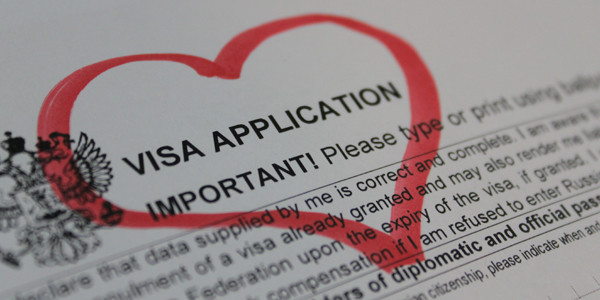 There’s a couple of terms you’re going to have to get yourself acquainted with if you’ve never applied for a visa before.

Though it seems daunting, it’s really not that bad as it seems no matter where you’re going. Thankfully, most Americans can travel to 172 territories visa-free or with visa on arrival, so it’s not that bad. (“Visa on arrival” means you apply for one and are granted it once you actually land in the country.)

But look, it’s not always so easy. You just can’t “walk” into Russia or Australia. It’s a good idea not to assume where you’re traveling doesn’t require a visa, even if it’s to see the kangaroos. So wise up, check your facts, and if you’ve got to get one, know how to do it.

What Kind of Visitor Are You?

Tourist: This is the visa type you’re going to mostly be concerned about, unless you have plans about moving to country that I have no idea about. You are a full-on, map-holding, fanny-pack-wearing tourist. (God help you.)
Student: You want to study in a foreign country. Probably didn’t have to explain that one.
Professional: You want to work in a foreign country, and not as a border-running illegal immigrant.

At the end of the day, it comes down to the country issuing your visa. In India, there’s a rule that once you leave the country—even as a tourist—you cannot come back for two months.

What Do I Need?

The visa application form. And, um, money, payable in cash, credit, Monopoly dollars or however the embassy wants you to pay. For more restricted countries, they may require additional things like a photo or two of you, your planned itinerary and other stuff.

How Much Does It Cost?

There are no catch-all costs for how much it costs to acquire a visa. It really does depend on the country itself, some rates are fixed in stone. And Americans are just as loved as they are hated. While it might cost $140 to acquire a Chinese or Argentinean visa, it is because the United States charges about the same for citizens from these countries to make a visit to Uncle Sam. (These are called reciprocal visa fees.)

Travel agencies can help you with visa processing by taking care of everything for you, but definitely at an extra cost. It might be worth it if you’ve got an especially complicated situation, but going to the embassy (or mailing off your passport) by yourself at the end of the day is going to be a lot cheaper than giving it to someone else.

How Much Time Do I Need?

Generally, you’re going to need about a solid week to be on the safe side to apply for a visa. Some embassies offer same-day visas (if they do!), but you better be willing to pony up some more dough for the faster service. Generally, turnaround time is about four biznass days if you go to the embassy and pick up the passport yourself.

Can I Overstay My Visa?

This is a big NO NO. Don’t do it. Don’t even come close to doing it. If your visa says you have to leave by the 15th of July, play it safe and leave the 13th of July. You’ll probably be able to leave the country fine, but don’t count on making it back in the next time if you ever want to come back. 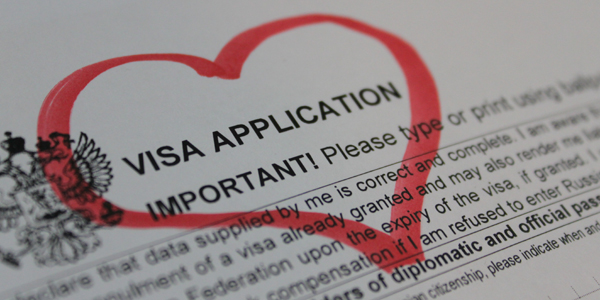