I once had a friend who couldn’t understand why he should care about frequent flyer programs until I once pointed out he was missing out on a free domestic flight for the two international flights he was already taking every year. The next day, he signed up.

Frequent flyer programs, ultimately, are complicated beasts so most people don’t even try to bother. But they should. Because you should be earning all the miles that you possibly can for that next free trip. By the time I started caring, I was already knee-deep in heavy traveling—over 50,000 miles a year—and realized what I had missed out on. Several years later, I have over half a million miles stockpiled. That’s more than enough to go to South America and back several times!

But even if I flew once or twice a year, it’s possible to work the system to get a free flight within three months with zero flying and going about your normal life, eating out and paying the bills. Truth is, there’s no real easy introduction to frequent flyer programs out there but I’m going to try to break it down as much as I can. But I’m warning you now: once you get sucked in, it’s like falling down a deep, deep rabbit hole. Cause it’s ridiculously addictive.

In this series, I’ll break down frequent flyer programs and the most important concepts to know in order to start points and miles hacking. Further posts will further specialize in typical rules for getting free flights and airline status, followed by specific loopholes and strategies for getting around them. Please keep in mind that this is a broad overview and that there are a lot of nuances and exceptions but this will provide a good framework to base your understanding on.

Getting enough miles to make it worth it

The most common complaint I hear from other travelers about getting started with frequent flyer programs is that it’s not worth their time to sticks to one airline because it’s too expensive to be loyal. I still often go with the cheapest airline the majority of the time — even if that means I’m not always flying the same one. That’s totally OK — because you don’t need to fly Airline X to get Airline X points. You don’t need to fly United to earn United points. In fact, you can totally fly Airline Y to get Airline X points.

In the airline world, airlines often join together to form alliances. The biggest ones are Star Alliance, OneWorld and SkyTeam. This means it’s possible to earn miles from any other airline as long as it’s in the same alliance or group as the frequent flyer program you’re a part of. Wikipedia has a constantly up-to-date list.

So that means I can earn United points flying Lufthansa, COPA, Singapore, Asiana and other airlines… and I have. In fact, maybe less than 5% of the miles I earn actually have come from flying United. (Contrast to popular belief, it may not always be in your best interest to concentrate on an airline program that you physically fly the most. But that’s another story for another time!) 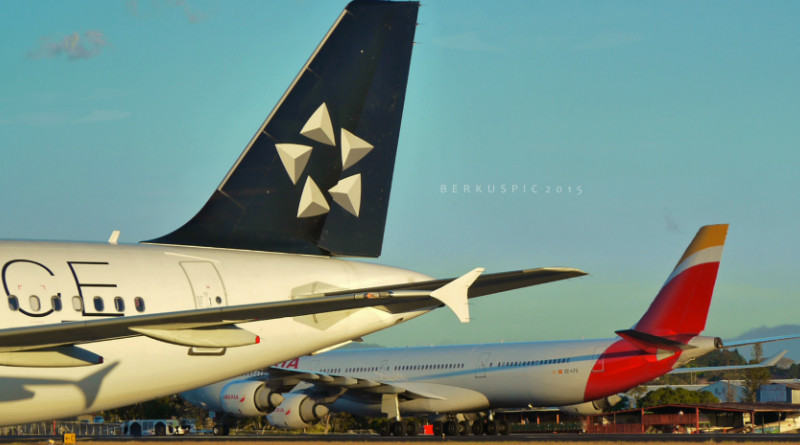 The easiest way to do it is to pick one airline program within each alliance. The second step is to consolidate it all into one program. That’s because 30,000 miles spread between five programs is worthless. But 30,000 miles in one program is not.

Knowing the real value of points

Most people don’t know how to redeem miles because they don’t understand what a set number of points amount to. There is a lot of talk about frequent flyer programs getting devalued, but for the most part that’s because the method for earning points has changed slightly over the last year or so. But there are still ways to get around it and earning miles can still be super easy.

The number actual points to redeem flights has more or less remained the same. And some of the award devaluations have happened in areas that will never affect the majority of travelers: in business and first-class cabins, not economy cabins. First-world problem sounds about right. Amirite?

In most U.S. frequent flyer programs, 25,000 miles is the baseline for a free domestic roundtrip within the continent. In the past, when miles were usually earned by flying, this was easily attained with two long-haul international flights. For instance, flying a LAX-PEK roundtrip twice was enough to get one free domestic flight. That’s it! Or doing a transcon five times. Buy five get one free!

There are so, so many ways to earn miles it’s not even funny. Karina has briefly covered this before but the gist of it is that they can be earned through whathaveyou, eating out, renting cards, doing a little bit of online shopping, credit card spending and by actually flying. I’ve earned miles shopping at Nordstrom’s, putting groceries on the right credit card, or even playing an online game for three seconds. And of course, flying.

Credit card bonuses are also big business. Airlines make so much money from credit cards that they’ll give away 100,000 points just to get you to sign up. (Remember our primer? That’s four round-trips.) But there is one thing to be aware of: In the points and miles world, how the mile is earned can affect your airline status. It’s important to remember that airline status has nothing to do with redeeming miles for free flights. 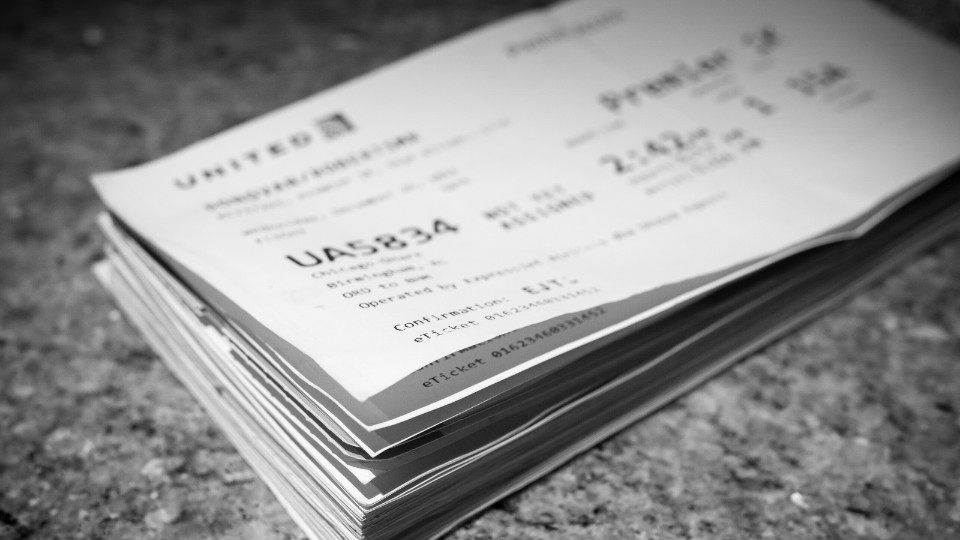 These are two totally separate benefits. It depends on the endgame. If you’re after status and swanky airline benefits, you’ll want to earn miles differently than if you’re after a free trip to Cabo. More or less, these miles are essentially differentiated by whether you flew to get them or not. These miles are often affectionately termed “butt-in-seat” miles and are the only miles that count toward status, VIP treatment and lounge access.

Personally, I’m kind of a hoarder and am more about the status upgrades more than not. But that’s because I fly a lot and therefore that’s what’s valuable to me.

Airline status has nothing to do with free flights

Basically airline status enables a traveler to upgrades, priority boarding, free bags, lounge access and all that elite flyer stuff. To be completely honest, most credit cards enable similar benefits these days but the ultra-best benefits still go to the top status holders and still can’t be bought.

In general, airline status is usually earned by flying a set number of miles and spending a certain amount within an annual calendar year. Every airline’s got a different number. The “counted period” often starts January 1 and goes to December 31.  “Budget” airlines like JetBlue, Virgin America and others usually prefer to count status on how much money has actually been spent while traditional, large carriers prefer to focus on distance flown or distance flown and money spent.

Beyond that, airline status is also usually divided into tiers. The lowest tier is often worthless. There’s a huge amount of frequent flyers flying the friendly skies—how’s that for some alliteration?—these days and when everyone is special, no one is. In my experience, most people won’t see any benefits until they reach the middle tier.

More than not, the middle tier also provides international recognition on other airlines when you’re flying outside of your home airline. There’s nothing like being treated like royalty not just by United staff, but by Singapore staff and ANA staff and so forth.

I’m not gonna lie; it’s great to be a special snowflake. But outside of people who do regular travel for work, it’s often hard to achieve with one or two big vacations once a year. If you can’t make a guess to an approximate number of miles that you travel per year because it’s just something that never crosses your mind, it’s probably just best to focus on getting those free flights. However, if you can’t make a guess because you fly so frickin’ much, then that’s a different story.

One note, though: The only time airline status affects free flight redemptions is special snowflakes usually get the pick of the litter. And there’s usually cheaper or no fees.

Picking the Right Frequent Flyer Program for You →