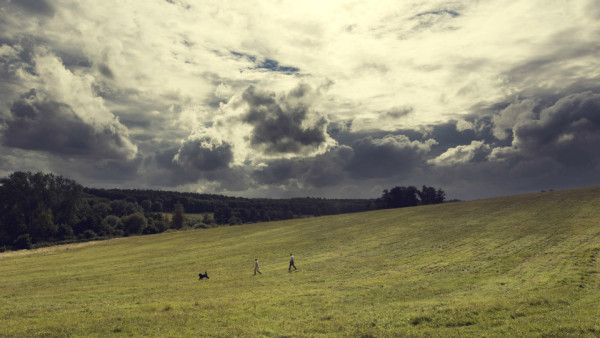 Chuck Thompson once wrote, "I love England because it's like a grown-up America, a fact I'm reminded of as soon as I get on a British Airways flight or hop into a London cab and people stop treating me as though I'd just learned to finger paint."

It's also the same reason why I unabashedly love England.

If New York City was a 20-year-old still needing to prove himself, then London is its cool 30-year-old counterpart that doesn't need to justify anything to anybody. The same parallel can be made for America and England. From its moody fog—sun lovers need not apply, though there's supposedly nothing better than England on a sunny day—to its relaxed vibe, England as a country has been around for much, much longer as a powerhouse than most sovereign states can claim to have even been in existence.

This country isn't just for Anglophiles. Standing at its pulsating heart is London, arguably the most diverse and the most stimulating epicenter in all of Europe. But don't get too wrapped up in one of the world's great cities (it's really, really easy, trust me) because there's more to discover, from its rolling countrysides to a quiet life steeped in history. This is, after all, the setting of Thomas Hardy's and Emily Brontë's great works. Says the girl who majored with a focus on British literature.

And for the record, England should not be confused with the U.K. though most people often refer to England as the U.K. The United Kingdom itself actually is made up of four countries consisting of England, Scotland, Wales, and Northern Ireland. The Republic of Ireland is not part of the U.K. So be careful, before throwing terms all willy nilly. People be sensitive about that shit here. 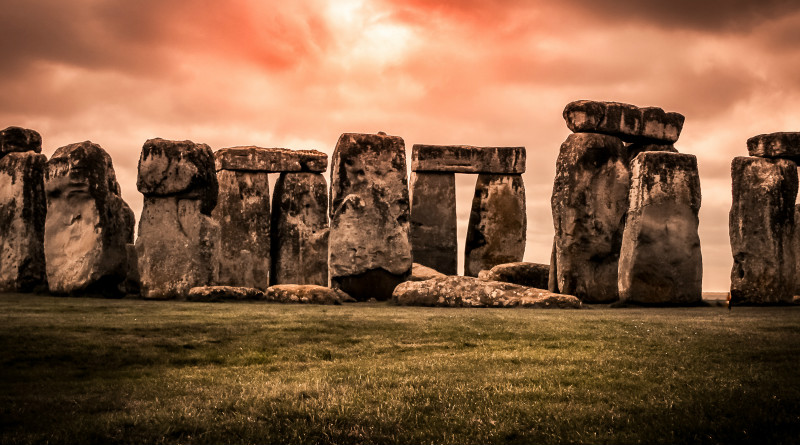 Because I just had to link to this video. (Nelson L./ Flickr)

British English or Commonwealth English is the official language. Crumpets, aubergines, servillettes; this is that land. Some people like to joke it's the only proper English; in that retrospect, I like to argue we've got 320 million speakers and media world domination. (American English is also the preferred English in mainland China.)

If you're having trouble understanding basic things, try taking a look at this quick decoder. Be aware that slang in England can vary region from region and may not be as standardized as in the U.S.

The major airport and entrypoint for most international, long-haul visitors is London Heathrow Airport (LHR). For most Americans, this will not only be the main hub into England but into Europe as well (or Africa if you're continuing on). It is the third busiest airport by passenger traffic *in the world* and probably the easiest airport to access via the Tube. Into the heart of London, expect it to take a good hour. Slightly less if the destination is in West London. If you're continuing onto East London, easily add some more time onto that. That's the easy airport to remember.

Make sure to allot for the proper time and ways to reach these airports if you're going to be flying in and out of them since they all require different methods of getting there.

For Americans, there is no visa required. Tourists are allowed to stay in the country for up to six months. 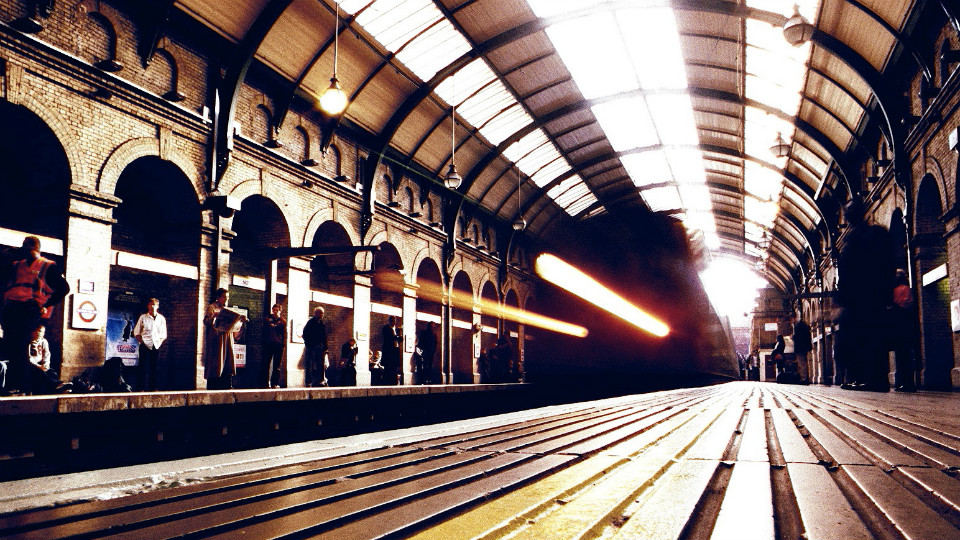 Going home the way everyone else does. (kris krüg / Flickr)

If you're planning to stay within London, as most visitors are wont to do, it's probably in your best interest to learn how to get around on the Tube. When underground, it can also be referred to as the underground; when the Tube goes above ground, it's referred to as the overground. The Tube will serve most people's needs but for visitors who are planning to go slightly further afield, the bus is also an extremely common and popular way for residents to get around town (it is also cheaper than the Tube). For most visitors, a pass that goes within Zones 1-2 will often suffice. Be sure to check out the Transport for London (TFL) website.

For anybody familiar with Hong Kong's Octopus, San Francisco's Clipper and Melbourne's Myki card, the Oyster card is essentially the same for London transit. There is no need to prepurchase an Oyster card before arrival; however, there is a £5 deposit to get the card. The deposit is refundable if you choose to leave and never come back to London but that's pretty unlikely in my case. It can be used to travel on bus, Tube, tram, DLR, London Overground and most National Rail services in London.

The Docklands Light Railway (DLR) is a metro system to serve the redeveloped Docklands area of Greater London. The National Rail system is also quite good with the train system being quite extensive to cities outside London. For services to outside of London and to the rest of Europe, it's also worth noting that Victoria Coach Station serves as a hub for many coach companies, including Eurolines, which does service to Paris on the cheap.

For those on holiday visas, cars are actually quite cheap to purchase in England (for instance, a Mercedes Benz can be purchased for about £3000), as its the only major country besides Ireland in Europe to drive on the left side of the road. It's possible to rent, or "hire," a car for side excursions but on the whole, probably not necessary.

Now is a great time to go! At least, better than ever. The pound sterling or Great British pound (GBP, £) is hovering near 1.5 GBP for every USD. Typically, in the past, this has roughly clocked in at 1.6 GBP in part thanks to a relatively strong and stable economy. Though the U.K. is part of the European Union, it does not partake in the Euro zone. 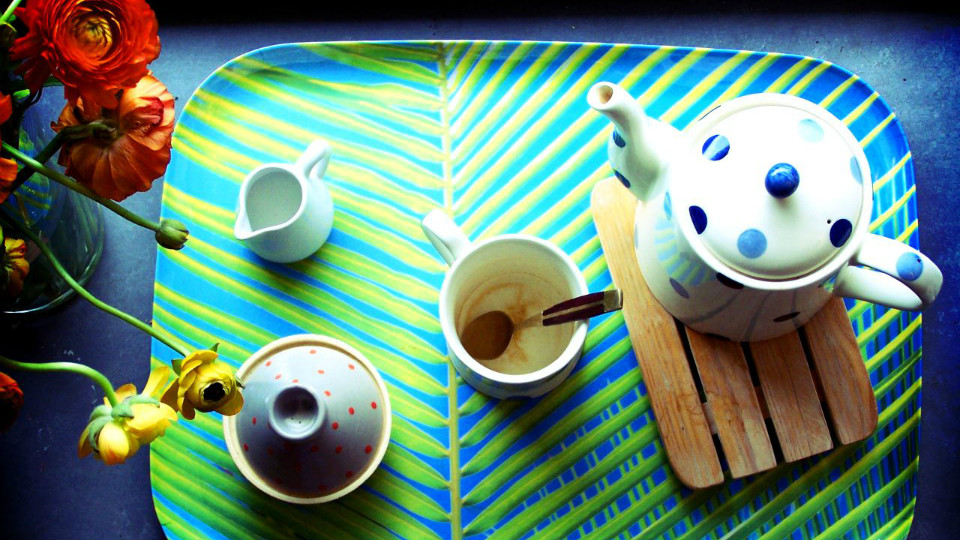 A former British coworker once quipped to me that if I had just explained to U.K. customs officers about how much I loved British food, I would have been granted citizenship right there and then. I firmly believe British food doesn't deserve the bad rap that precedes it. It's possible to find good British, Chinese, French, Italian, Indian, Turkish, Greek and more all in the same stroke. Just be reasonable and don't expect fabulous Mexican.

Sure, there's fish and chips but British food is just much more than that. London is the biggest city in Europe and, as a result, a delicious melting pot that spans a wide array of cuisines from delicate Italian to bolder Turkish thanks to its large immigrant populations. Contrary to popular belief, though dining out can be expensive, there are opportunities for budget travelers from cheap Tesco £3 meal deals to Pret a Manger sandwiches — the Starbucks of food, I like to call them.

For those who like to be a little bit more hands on with their sustenance, markets are a way of life in England just like they're a way of life in Australia. From well-known Portobello Market in Notting Hill to the small, local markets of Broadway Market in London Fields, many options abound.

Also, there's a reason why the British have left a mark on tea wherever they've gone. Definitely go for some afternoon tea with scones, clotted cream and jam, tea lovers.

Meals are taken in line with the U.S. schedule, with dinner being the biggest meal of the day and happening around 6 or 7 p.m. Most places are open during regular working hours during the week and on weekends.

Brits are daytime drinkers, and by daytime drinkers, I mean they start early on in the day after work in the local pub. Assuming most of them are still standing by the time the night rolls around—and rest assured, they've had plenty of practice—it's not uncommon to have them continue well into the night.

Most people go out early because the Tube shuts down around midnight. That, or they go out later, say around 11 p.m., and stay out all night. Don't let all that politeness fool you; Brits are a cheeky bunch.

It is safe to drink the water in England, though visitors may find Brits drink more tea than water. Or beer and wine.

The country code is +44. The biggest and most popular companies are Vodafone, Three and O2. Compared to the U.S., prices for calling and data are quite cheap. Like in most Western countries, there should be little issues with Wi-Fi or getting data access.

Home of the British plug. 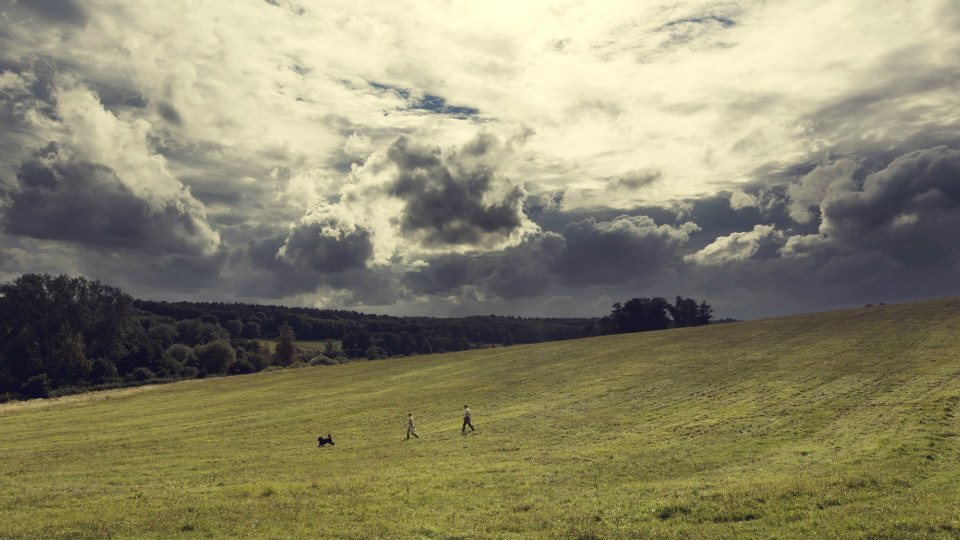