Trust me, people find places to sleep. It’s more a matter of where, and for how much.

Once upon a time, there used to be a girl named Erica who would fastidiously plan each itinerary down to the fare class, plot each relevant detail in Google Calendar, share it with friends (kidnappings), and never deviated from schedule. Then she met an Australian that was her traveling opposite. Even though they eventually  broke up (this is not a happily ever after story), it taught her how to seriously relax and how to find fresh, clean drinking water alone in the middle of nowhere. All important things.

Clearly, I am speaking for all the Type As here. I assume all the Type Bs have already sold their worldly possessions, started a blog, while working for a digital nomad startup in Tanzania while posting regular Instagram updates.

More seriously, it is about learning how to not let an itinerary dictate an experience. Approximately 28% of travelers even like taking suggestions from people they meet on the trip. Necessity is the mother of invention; and spontaneity is the mother of adventure.

It often comes with unforeseen benefits too. There is nothing wrong with walking into a place, asking if there is space available, and to look inside a room. In the case of independently-run hotels and bed and breakfasts, it’s also a great chance to negotiate a better rate on the spot. Side bonus.

Here are several tips for winging it, ditching paranoia, and not letting an itinerary limit the experience.

Have a general route in mind.

The one thing this option does provide is a “crutch” of sorts, which gets people one step closer to going full frontal (in the proverbial sense). Total freedom, strangely, can be a scary thing.

This basically consists of having a good or a rough idea of where to go when it comes to the regions or cities to visit. It doesn’t mean etching an itinerary in stone.

It also means, saying, “Oh, I guess I can’t stand the humidity here as much as I thought, and I will head to the mountains instead of visiting the beach, where it’s bound to be more humid.”

A couple of years ago, I landed in Cartagena, decided it wasn’t worth my while and absconded Tayrona National Natural Park in favor of heading to Bogotá much earlier than I anticipated. In a complete reversal, I made the decision to hike Sierra Nevada del Cocuy, the Colombian Andes, during the height of winter. It was possible to buy winter gear en route, I thought. But I had landed, knowing it was a possible option.

Maybe not the best idea to go hiking in Keds for that. But otherwise, fine.

Airbnb is not great for extending.

Airbnb is awesome for a lot of things like living like a local and dealing with all the problems locals have. It is not great for “standard” amenities, like elevators, doormen (seriously, who are you?), heating, and in some cases, a bed in the best-case horror stories.

There are plenty of things great about the service, but the one thing it is not great at is its reliability and consistency. It is simultaneously its biggest asset and drawback.

The general Airbnb host only has one or two rooms to fill, so yeah, uhh, not lots of inventory. Be sure that if you think you might even want to extend to get a general sense of how busy a host may be by looking at their current calendar for at least a few months. Even empty calendars two or three months out can be totally booked out once you’re there.

(For what it’s worth, every answer to that request I’ve received as a SuperHost and co-host is “The room has already been filled.” Other than that, hosts generally block off calendar dates for specific reasons.)

To use Airbnb effectively, it often requires a firm commitment. Beyond that, expect to have backup measures in place.

Have backup accommodation in mind. 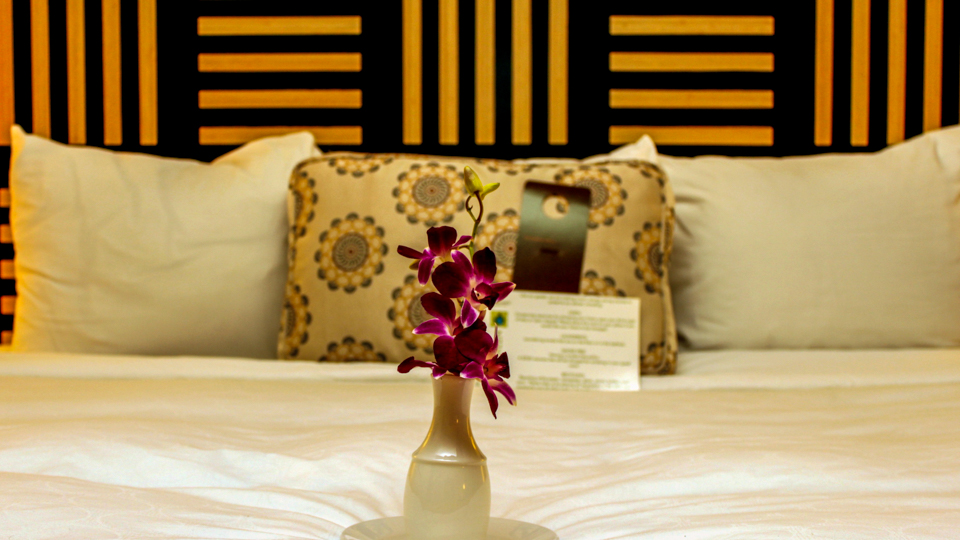 Google, like, two or three options. Hopefully, these options are close to each other so it’s possible to walk down the street and go to Option 2 if Option 1 isn’t available. That’s called sensible thinking.

Most hotels offer free cancellations of reservations up to 24 hours beforehand. For the budget-conscious, hostels are also a pretty flexible solution. Most hostels booked directly won’t charge a reservation deposit. (Booking directly always helps ensure the lowest rack rate as well for both hotels and hostels.)

Hostel search engines like Hostelworld do charge reservation deposits, but these fees tend to be pretty low (10%). And because we’re talking about $5-$50 per night in some of these cases, 10% can be chump change.

Have the HotelTonight app ready.

HotelTonight rarely provides the cheapest deal on the entire spectrum of accommodation options, but they do offer reasonably priced deals from time to time. For those obsessed with 600-count linens, this is the best bet. The app is better suited for consultants and people that travel on business frequently, but its worth more than mentioning for last-minute trips and if placating a girlfriend is of high concern.  Read the full review of the service here.

Staying flexible on the road can be a scary proposition. Having a "crutch" of options can be extremely useful in this regard. Type Bs need not apply.