The Khan is surprised while having a heart-to-heart with Marco. Luckily, Chinese Keanu is there to save the day. It later turns out to be the work of the Hashshashin, which might as well be a Yeti monster from the way the Mongols talk about them. Fortunately, Marco heard something during his travels that might offer a clue about where these people are. He proposes a ruse. 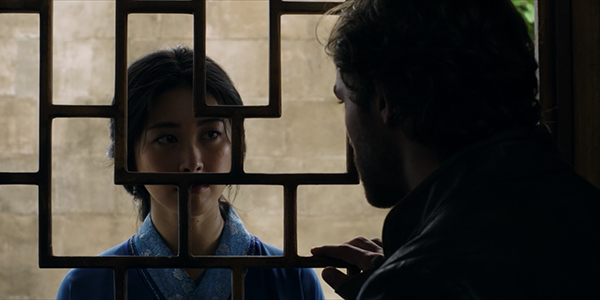 Meanwhile, Marco rolls into town looking for the Hashshashin rather conspicuously. He might as well be wearing a sign that says “I don’t know what the f*ck I’m doing” given everyone's reaction. But we all know Marco makes this out alive because anyone with two XX chromosones will promptly stop watching this show, myself included. Plus we're only halfway through the series with lead character. 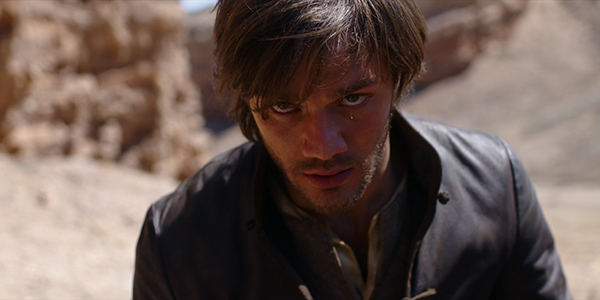 Marco has an episode. (Netflix)

Jingim learns that Sidao—I’ve learned the creepy minister’s name—killed the Song ambassadors. He teams up with the Minister of Finance. They clearly have some type of bromance going on.

Marco waits for the Hashshashin. His eyes are playing tricks on him! What, there are two Marcos? God bless you show producers! The Hashshashin give Marco a very, very psychedelic and gratuitous episode which is probably the only reason to watch this episode. It is revealed that whoever hired the assassins is much closer to the Khan’s home. Marco is given the opportunity to flee but Because He Has Not Hooked Up With Blue Princess yet, Marco’s going to at least stay for a couple more episodes.

Jingim sits on the Iron Throne. The Khan wakes up.

Marco’s father and uncle are branded. Personally, I’d take that over getting killed. Marco is clearly adapting to his new home and no longer has any homesickness.