Episode 10: The Heavenly And Primal

Warning: This is also another unsexy episode. Proceed at your own risk.

Everyone is really tense. Like really tense! Meanwhile, I'm staring at the clock because I am less than an hour away from freedom! Did you know each episode is a full 60 minutes long, not a shortchanged 45 minutes? What I would do to exchange Marco Polo's running time with Homeland's.

The Blue Princess is tested for her virginity and passes. In a last ditch attempt, she asks Marco to run away with her. Marco refuses, knowing they will be hunted down.

Jingim makes it clear to Marco that he won't fight in battle unless he happens to win a hand-to-hand combat with Marco. Marco succeeds. I zone out... wait, we're already on the battlefield? Surprisigly, the action sequences aren't half bad in this show.

Marco's catapult is tested. Kinda anticlimatic there. The second time, it hits the walls. People get excited; some serious, serious war faces are made. The Chinese have... guns? Que? Upon news Jingim has fallen, Marco rushes inside the city. 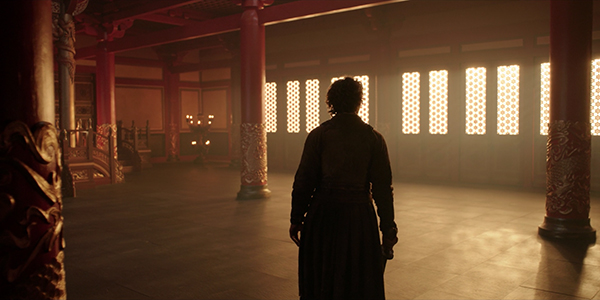 He ends up finding Sidao but then is proceeded to get his ass handed on a platter. Then, miraculously, Chinese Keanu comes back! Keanu moves like he is from the future, I swear. Things are better this time around and Kublai comes inside the city. Is Kublai crying?

Everyone seems caught up in the aftermath celebrations. Mei Lin attempts to escape but then stumbles across a painting the Minister of Finance has commissioned. The cliffhanger is set up for Season 2.

I'm done. I wash my face, exit my apartment and make my way toward the Great Blue Sky.